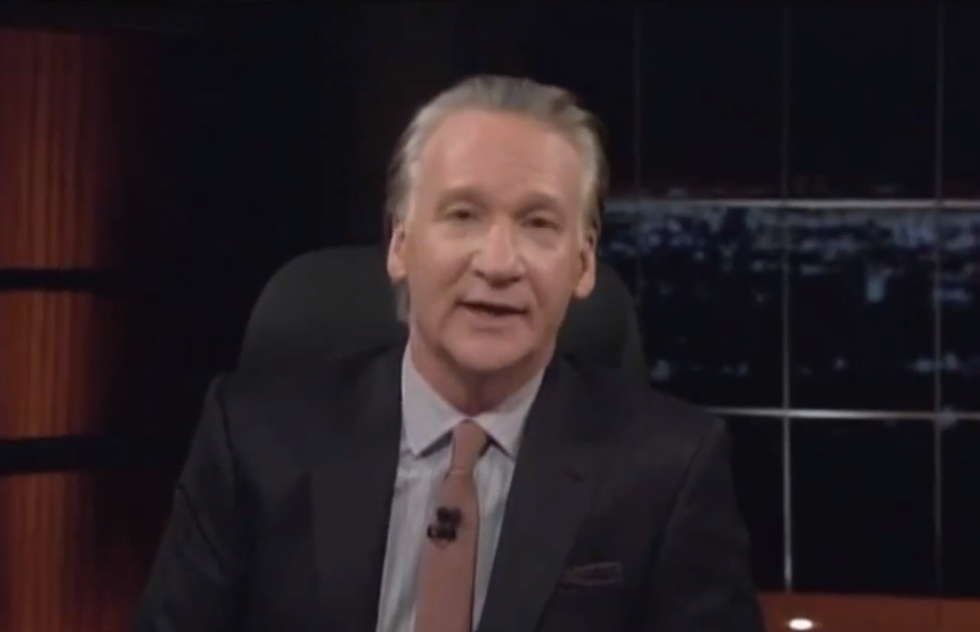 On Friday night, during the "New Rules" segment of "Real Time with Bill Maher," Maher said that this Valentine's Day, Americans should remember that politicians are like a box of chocolates.

When you bite into them, he said, "Democrats are too often the Democrats soft and gooey and the Republicans are mostly nuts."

Americans, continued Maher, love the new. They love new phones, new apps, new restaurants, as well as "the new app that tells us about the new restaurant."

This is also true, he said, in presidential politics.

"Voters say they want experience," he said, "but time after time, the party nominates the guy we don't know that well and he wins. And when they nominate the older guy who's waited his turn, they lose; Bob Dole, Al Gore, John McCain, John Kerry, Walter Mondale, Mitt Romney."

The public wants someone to get excited about, he said, someone they haven't had a chance to grow weary of.

Hillary Clinton has her own set of baggage, he said, but Republicans are doing themselves a disservice by dredging up the Monica Lewinsky scandal. People aren't going to follow their reasoning that Hillary was somehow to blame "that her husband got blown when he was president in the 90s."

The person who really should have heeded the lesson of getting in early, Maher said, is Chris Christie, who blew his chance to run as a vice presidential nominee on the Romney ticket or even to run for president himself.

Now people look at Christie, Maher said, "and think 'Scandal.'" Whereas, they used to just look at him and think, "Thank god that humans invented clothing."

"Three months ago, Christie was such a shoo-in for the White House that they were practically measuring which wall to knock down to get the forklift in."

"But now he's 350 pounds of toast," he concluded, "because the longer you stay in, the more likely some bad thing will stick to you. It could be anything, a land deal from 25 years ago, an illegal nanny, the fact that you're a witch."

Or, he said, pitching a huge tantrum and not letting people cross a bridge.

"Politicians are like suede jackets," quipped Maher. "There are cheap ones and expensive ones, but once they get rain on them, they all look like shit."