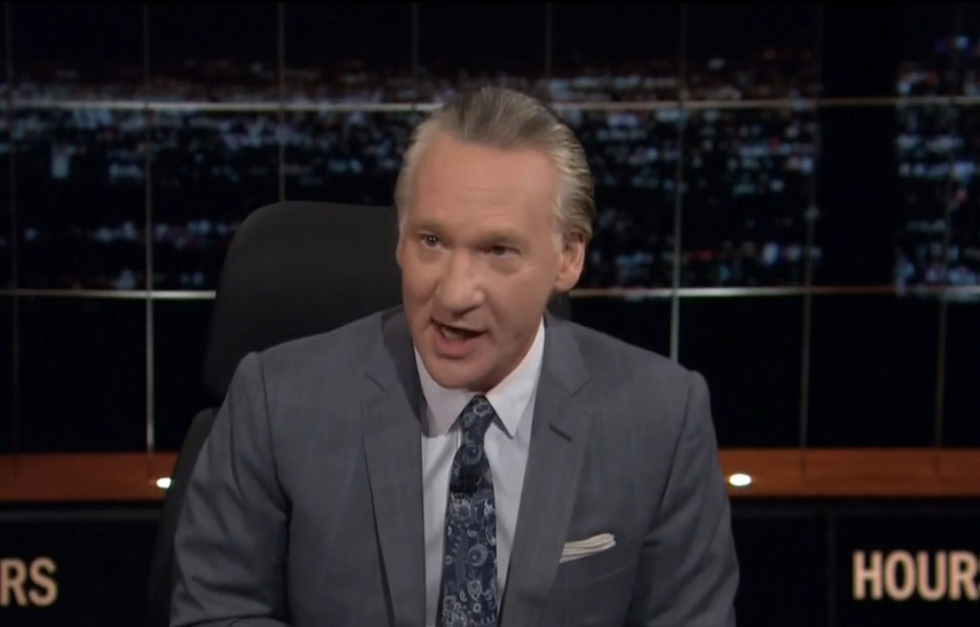 "Watch it if you don't believe me," he said, rolling a clip of the ad, which featured Brigham Young University of Idaho president Kim B. Clark.

"The enemy whispers 'Don't get involved, it's not your problem,'" said Clark in voice-over. "Brothers and sisters, don't leave the wounded on the battlefield."

"Let me tell you," Maher said, "if you're jacking off in a 'semi-sleep condition,' you do have a problem."