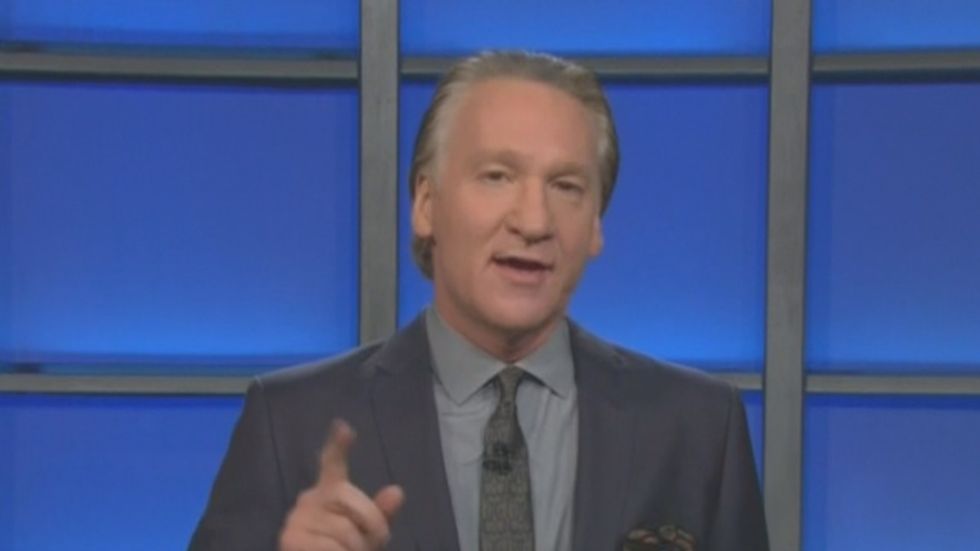 On Friday night’s edition of Real Time with Bill Maher, Maher scolded America's "grade school prudes", including the left, for obsessing over sex,  and suggested the formation of a "Perverts With Principles Party."

Citing polls that show that America has grown more accepting of  both gay marriage and legal marijuana, Maher said that it "was time that we knock over the next social domino: puritanism."  He continued, "Politicians aren't Boy Scouts. That's just a costume they wear on Grindr". Grindr is a popular social networking website geared toward gay, bisexual, and bi-curious men.

"What exactly is the sin here? " Maher asked. "She's an adult in a relationship with another consenting adult who is the process of divorcing his spouse. What business do we have telling her who she can date? This is the country that marries people off on reality shows."

Maher later went on to suggest that Spitzer join forces with John Edwards, Bill Clinton, Anthony Weiner, "the ghosts of of JFK, LBJ, FDR, Thomas Jefferson, and Martin Luther King and form a new party. The Perverts with Principles Party."