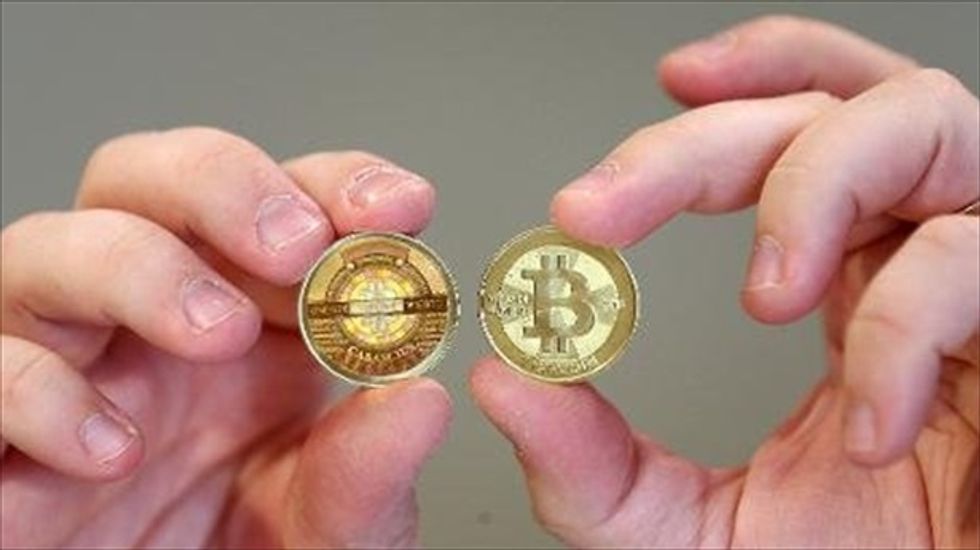 The Bitcoin community was thrown into turmoil Tuesday after the disappearance of what had been its biggest exchange, shaking confidence in the fast-growing virtual currency.

Critics said the failure of the Tokyo-based MtGox exchange and the apparent loss of some $300 million in Bitcoins highlighted flaws in the cryptocurrency, while others said it was merely a bump in the road.

The value of a Bitcoin tumbled more than $100 in early trades but then recovered to fetch $517 at 2200 GMT, according to the Winkdex Bitcoin index. The moves highlighted the extreme volatility of the currency, which surged over $1,100 last year and then fell sharply.

The closing of MtGox "is a significant setback for the Bitcoin community," said Mark Williams, a Boston University expert on risk management and financial markets who has long warned about the dangers of Bitcoin.

"This exposes its structural flaws," Williams told AFP. "It shows self-regulation doesn't work. When there is big money on the table, there is an incentive to cheat and consumers are 100 percent exposed."

Henry Farrell, a George Washington University political economist, said that, as with other currencies, Bitcoin needs to establish confidence.

"If people start to panic and think this is a sign of general problems in the Bitcoin economy, it becomes a bit like the 2009 financial crisis," he said.

"You can get a general self-reinforcing panic which sets in."

Farrell said Bitcoin is now in a "fragile situation" and needs to get through the current crisis to survive. But he does not see Bitcoin expanding beyond being a "hobby currency."

Peter Leeds, publisher of an investment newsletter, said the MtGox collapse is likely to discourage investments and prompt more efforts to regulate Bitcoin.

"The network was always at risk, but now with a sudden drop of over 20 percent, a tipping point is being approached which would derail the entire system," Leeds said.

US Senator Tom Carper, who heads a homeland security panel, said the MtGox collapse underscores the need for regulation.

"The disturbing news today from Japan is a reminder of the damage potentially ill equipped and unregulated financial actors can wreak on unsuspecting consumers," Carper said in a statement.

But defenders of Bitcoin expressed confidence in the virtual currency, which is based on a computer algorithm designed by one or more anonymous people in 2009.

"This is certainly not the end of Bitcoin," said Jinyoung Lee Englund of the Bitcoin Foundation in an email.

"Perhaps the end of one chapter, but certainly not the end. As our industry matures, we are seeing a second wave of capable, responsible entrepreneurs and investors who are building reliable services for this ecosystem."

The heads of the major operating Bitcoin exchanges issued a joint statement saying the collapse of MtGox was a "tragic violation of the trust of users" that "does not reflect the resilience or value of Bitcoin and the digital currency industry."

"As with any new industry, there are certain bad actors that need to be weeded out," the statement said.

"We are confident, however, that strong Bitcoin companies, led by highly competent teams and backed by credible investors, will continue to thrive, and to fulfill the promise that Bitcoin offers as the future of payment in the Internet age."

And as MtGox went down, a new Bitcoin exchange was to be launched by SecondMarket Holdings, a U.S. firm specializing in alternative investments, The New York Times reported.

Bitcoin values steadied after the exchange posted a note several hours after going offline, saying "a decision was taken to close all transactions for the time being in order to protect the site and our users."

Some reports highlighted a line in the MtGox computer code hinting at a new owner and a document purported to be from MtGox and circulated online said the exchange would reopen as early as April, rebranded as "Gox."

Fred Wilson, a venture capitalist who has invested in Bitcoin, said he bought more of the virtual currency when the price dropped Tuesday.

"The wonderful thing about a globally distributed financial network is that if one of the nodes goes down, it doesn't take the system down," he wrote on his blog.

"I always feel good buying when there is blood in the streets in any market. It is my favorite time to buy."