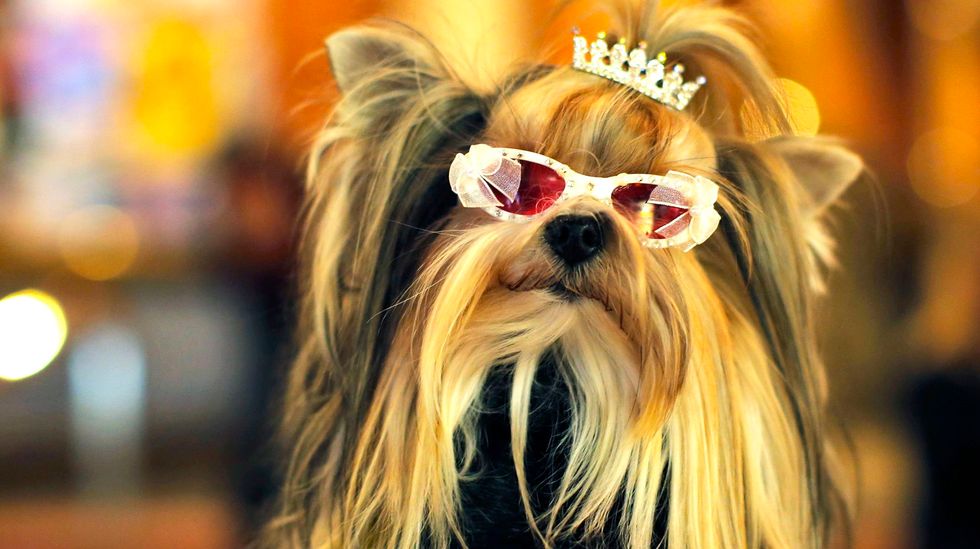 Finalists, including a bloodhound and standard poodle, will face off on Tuesday in the 138th annual Westminster Kennel Club dog show to see who will win "best in show" in one of the oldest sporting events in the United States.

A bloodhound named Nathan was tabbed the best of the hound group on Monday, and a miniature pinscher called Classie was named tops in the toy group. Victors in seven groups, three to be determined Tuesday, will face off for the championship.

This year's show features 190 different breeds and varieties from the determined miniature schnauzer and the majestic Afghan hound. With 2,845 expected contestants, it was projected to be the largest staging since 1990.

A standard poodle named Ally won in the non-sporting group. It was the 29th win for a standard poodle in that group. No other breed has more victories in their respective group.

A Cardigan Welsh corgi named Coco Posh was the winner in the herding group, the first group win for that breed in the history of the show.

The competition focuses on the appearance of a dog as compared with a breed standard. It stretches across two New York sites, with initial rounds of judging at a pier along the Hudson River and finals at Madison Square Garden, normally the site of basketball games and concerts.

The show is the second-longest continuously held sporting event in the United States after the Kentucky Derby horse race.

Monday's judging featured the hound, toy, non-sporting and herding groups. Sporting, working and terrier breeds will be judged on Tuesday.

Ally, the standard poodle, is 5 years old and competing in her last show before retirement. Grooming her takes three to four hours, and Tim Brazier, her handler, said she's "quite snooty - she chooses who she's going to associate with."

Of Ally's preparations for the final, Brazier, of Seattle, said: "Just the usual drill - she's an old pro. She's got it nailed down."

Nathan, the 3-year-old bloodhound, was a crowd favorite, drawing big cheers each time he trotted around the show floor.

"He really doesn't have a quarrelsome bone in his body," said Heather Helmer of Queenstown, Maryland, who is Nathan's co-breeder, co-owner and handler. "He loves kissing everybody."

"She's excited and cold," said Armando Angelbello, her handler, after her win.

The hound group marked the debut of the first of three new breeds at this year's event: the Portuguese podengo pequeno, represented by a 5-year old fuzzy, pointy-eared dog named Tango.

The seven category winners will be judged Tuesday evening in the best in show event by Betty Regina Leininger of Frisco, Texas.

Two dogs to watch during group judging Tuesday will be a wire fox terrier named Sky and a Portuguese water dog called Matisse, both of whom performed well in shows earlier in the year, said Westminster spokesman David Frei, who co-hosts the television broadcast of the competition.

Tuesday will also feature the debuts of the chinook, a husky-like breed developed in New Hampshire, and the spotted rat terrier.

Dogs from all 50 U.S. states, including large numbers from New York and California, are competing in this year's event, with some 127 foreign entries expected, including dogs from Finland, Slovenia, Japan and Thailand.

The show follows the AKC's first dog agility contest, which was held on Saturday, and, in another first for the group, was open to mixed-breed entrants.

A 7-year-old border collie named Kelso from Cape Elizabeth, Maine, won that event, a timed run that required the dog to clear 18 obstacles, leaping hurdles, speeding through tunnels, and weaving through poles.