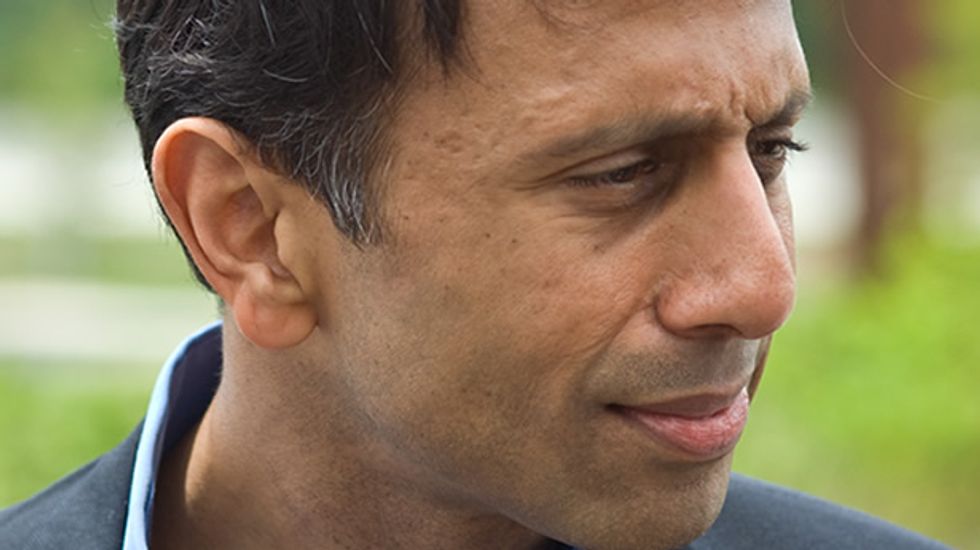 The administration of Louisiana Governor Bobby Jindal is being criticized for taking money from a trust dedicated to legally blind vendors to pay attorney fees in a lawsuit brought against the commission responsible for hiring independent contractors.

In 1936, Franklin Delano Roosevelt signed the Randolph-Sheppard Act into law, which stated that, "in authorizing the operation of vending facilities on Federal property, priority shall be given to blind persons licensed by a State agency." In Louisiana, a trust fund for blind vendors was also established, covering both the vendors' health care costs and for the maintenance of vending machines.

The most lucrative contract for blind vendors in Louisiana is for the military base at Fort Polk, in Leesville, Louisiana. Until his death in 2011, a legally blind vendor named Eugene Breaud had managed the operation with the assistance of Cantu Services.

After his death, another blind vendor, Melvin Lee Frazier, was put in charge of the facility. Frazier initially selected Cantu Services to assist him, but the state intervened, claiming the decision was not Frazier's to make. With the assistance of a Louisiana Workforce Commission, Frazier eventually selected a Cantu Services competitor, Blackstone Consulting, as his partner.

Cantu Services claims that the state had no right to intervene, and successfully sought a restraining order. According to the lawsuit, "[t]he process was unfair, according to Cantu, because the State Officials interfered with its agreement with Frazier and forced Blackstone on Frazier when Blackstone surreptitiously offered a sweet deal to the [Louisiana Workforce] Commission."

"We may assume arguendo that this constitutes a sufficient pleading of a federal law violation." The courts agreed, and now the Louisiana Workforce Commission must defend its decision, and has hired independent legal counsel to do so. The Baton Rouge firm of Shows, Cali, Berthelot and Walsh is now representing the Commission against Cantu, and is drawing funds from the trust of blind vendors to do so.

Terry Camardelle, the chairman of the Elected Blind Vendors Committee, told The Advocate that "it's going to hurt us. We had it up to $1.7 million [in the trust fund], and we tried to run it responsibly."

A managing consultant for Randolph-Sheppard Vendors of Louisiana, Rocky Marchiano, put it more succinctly, saying the state is "stealing from the blind."