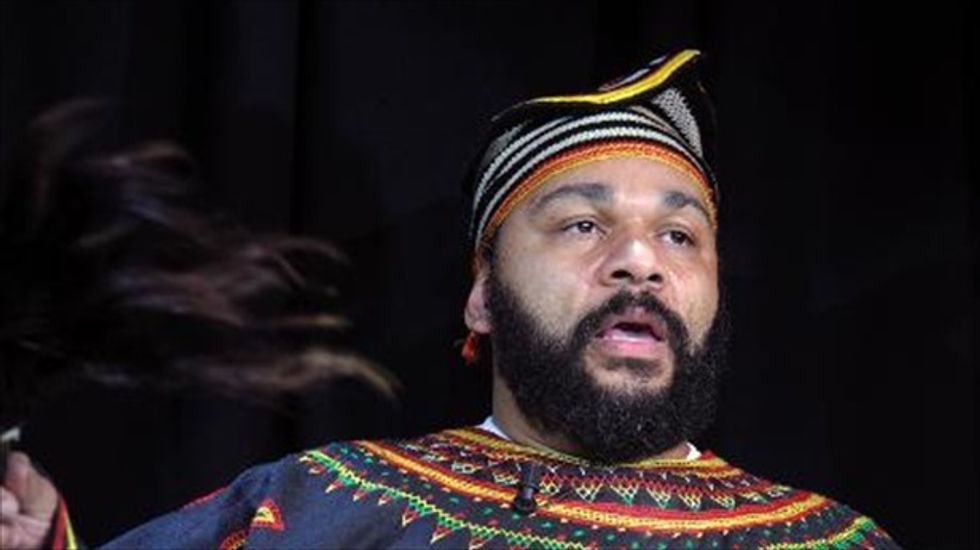 French comedian Dieudonne M'bala M'bala was on Monday banned from entering Britain after he reportedly planned to visit to support Nicolas Anelka over the footballer's use of the "quenelle" gesture.

Britain's interior ministry said it had slapped an exclusion order on Dieudonne, who has a string of convictions for anti-Semitic speech in his homeland, on the grounds of public security.

"We can confirm that Mr Dieudonne is subject to an exclusion order," a Home Office spokeswoman said in a statement.

"The home secretary (Theresa May) will seek to exclude an individual from the UK if she considers that there are public policy or public security reasons to do so."

British media reported last week that 47-year-old Dieudonne was planning to perform a show in Britain and hold a press conference in support of his friend, French international Anelka.

A Home Office spokeswoman refused to give further details on the order banning from Britain.

But a British government source told AFP on condition of anonymity: "The reason for the exclusion order is that he was going to come to the UK."

Dieudonne was due to perform on Monday evening in the Swiss town of Nyon. He was not immediately available for comment on the British ban.

Anelka has been charged by the Football Association, the sport's governing body in England, after he made the "quenelle" gesture, which was popularised by Dieudonne and is described by critics as anti-Semitic.

The West Bromwich Albion striker made the gesture during a goal celebration after scoring against West Ham during an English Premier League match on December 28.

Anelka denies the charge, saying he is neither anti-Semitic nor racist.

Britain has used exclusion orders on rare occasions in recent years to keep out public figures deemed as having extreme views.

People banned include firebrand US pastor Terry Jones and the US anti-Muslim political bloggers Pamela Geller and Robert Spencer, all of whom were planning to attend rallies by the far-right English Defence League.

France has in recent weeks intensified a crackdown on Dieudonne, who has been widely accused of promoting anti-Semitism and has been convicted in France for hate speech and other related offences.

The French government in December succeeded in preventing him from starting a nationwide tour of a new show, "The Wall", because of its perceived anti-Jewish content.

Last week French police seized 650,000 euros and $15,000 in cash during a raid on his house as part of a probe into suspected fraud.

Authorities are currently trying to force Dieudonne to pay more than 65,000 euros ($90,000) in outstanding fines related to his convictions and suspect that the 47-year-old was planning to fraudulently declare himself bankrupt.

The "quenelle" is Dieudonne's trademark stiff-armed gesture that critics say is a disguised Nazi salute but that he defends as a generic "up yours" to the French establishment.

Some followers of Dieudonne have been photographed doing the quenelle at sites including Auschwitz, synagogues and outside a Jewish school in Toulouse where a rabbi and three children were shot dead by Islamist gunman Mohamed Merah in 2012.