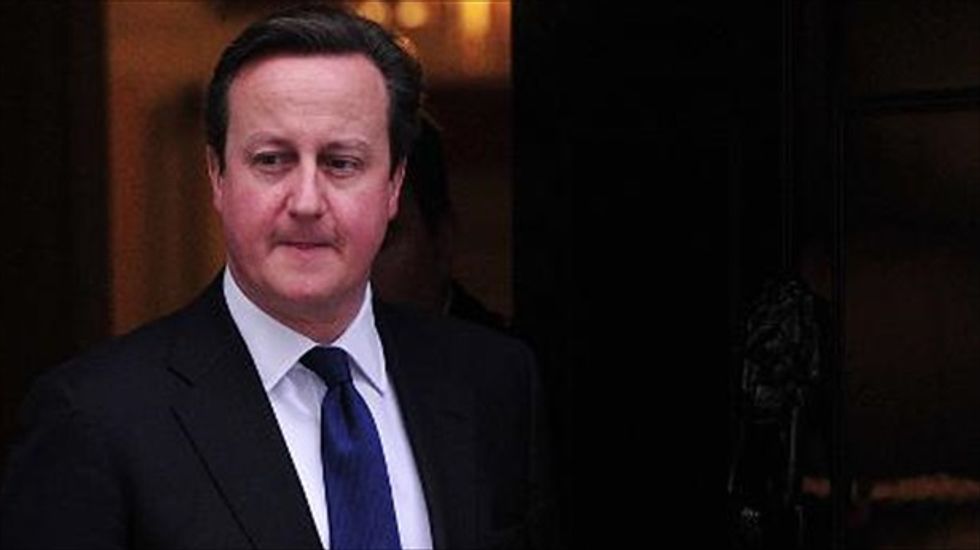 British Prime Minister David Cameron will urge people in all parts of the United Kingdom on Friday to try to persuade Scots to vote 'no' in their referendum on independence.

With just seven months to go until the September 18 vote, Cameron will reach out to people in England, Wales and Northern Ireland, which he said would be "deeply diminished without Scotland".

The Conservative leader also acknowledged there could be "no complacency about the result of this referendum -- the outcome is still up in the air".

A recent ICM opinion poll showed support for independence is growing, with 37 percent now in favour -- up five points since September -- against 44 percent against.

Cameron will use a major speech at the Olympic Park in London, where the 2012 Games were held, to highlight how much the UK benefits from operating as "Team GB".

"We come as a brand –- a powerful brand," he will say, according to pre-released extracts of the speech.

"If we lost Scotland, if the UK changed, we would rip the rug from under our own reputation. The plain fact is we matter more in the world together."

While the referendum is purely a choice for Scots, "all 63 million of us are profoundly affected," Cameron will say.

"So to everyone in England, Wales and Northern Ireland, everyone, like me, who cares about the United Kingdom, I want to say this -- you don't have a vote, but you do have a voice," he will say.

"Those voting are our friends, neighbours and family. You do have an influence."

Scotland has enjoyed increased autonomy since a 1997 referendum on devolution, and now looks after its own education, health, environment and justice.

But the UK parliament in London still decides defence and foreign policy, and the Scottish National Party (SNP), which holds power in Edinburgh, wants full independence.