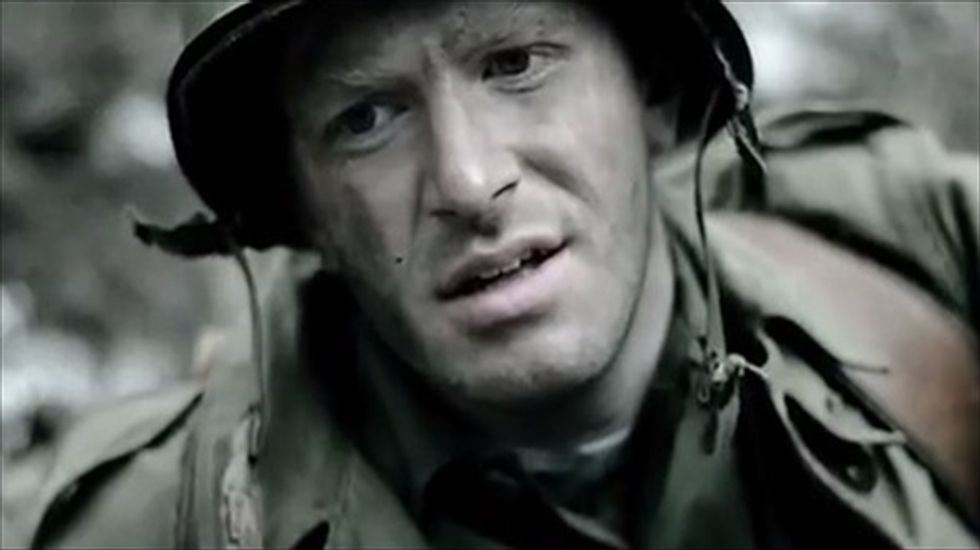 "If you need to, talk to your bishop," school president Kim B. Clark says in the video, "Wounded On The Battlefield," which was released last month. "Tell someone who can do something that you have a friend in trouble."

The video opens with footage of a young man, who Clark says is "spiritually wounded on the battlefield of the Great War," alone in a darkened room because of an addiction to pornography, while his roommate leaves, apparently feeling unable to help. Clark does not identify the "Great War" in question.

Suddenly, the scene shifts to a battlefield, with the porn-addled young man trapped in the crossfire and the roommate torn between helping him and staying behind safe cover.

"In our modern society, the enemy has spread fear of getting involved when someone's in trouble, and has fostered a social stigma against people who speak up in the face of evil," Clark warns over ominous music. "The enemy whispers, 'Don't get involved.'"

Of course, the roommate goes to his fallen friend's (metaphorical) rescue, delivering him to what seems to be a church official before they (and several young female churchgoers) celebrate his return to "normalcy."

Comments have been disabled on the video's YouTube page, but reviews elsewhere describe it as "awkward and creepy," and "bizarre."