California Democrat to surrender to FBI over bribery and fraud charges 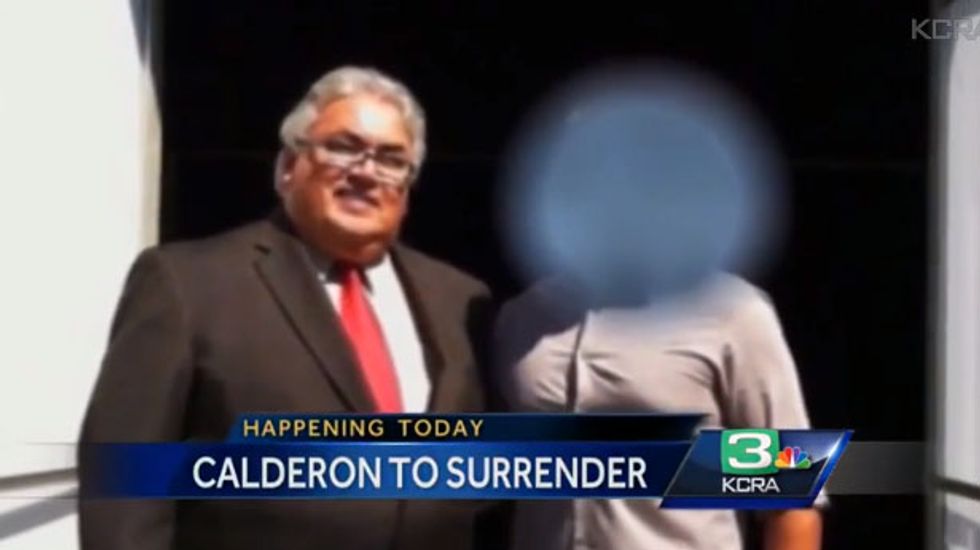 LOS ANGELES (Reuters) - A California state senator was expected to surrender to federal authorities on Monday to face charges that he took bribes from a businessman and from undercover FBI agents posing as Hollywood film executives to steer legislation in their favor.

Prosecutors gave the 56-year-old lawmaker, member of a family political dynasty going back several decades in California, until Monday to turn himself in. He was scheduled for an arraignment in U.S. District Court in Los Angeles on Monday afternoon.

State senate leader Darrell Steinberg, meanwhile, has called on his fellow Democrat to resign or take a leave of absence during the criminal proceedings, saying that the senate would otherwise seek to suspend him.

According to the 28-page indictment, Calderon is accused of taking some $100,000 in cash bribes, along with plane trips, golf outings and jobs for his children, in exchange for influencing legislation.

The senator's brother, Tom Calderon, a former member of the California State Assembly, was also named in the indictment and charged with conspiracy and seven counts of money laundering.

Drobot has agreed to plead guilty to separate federal charges and is cooperating in the case against the Calderon brothers, prosecutors say.

Calderon is also accused of accepting money from undercover FBI agents who he thought worked for an independent Hollywood movie studio in exchange for supporting an expansion of film tax credits in California.

Both Calderons are accused of laundering the bribe money by funneling it through Tom Calderon's consulting firm, Californians for Diversity.

Tom Calderon, 59, pleaded not guilty during a brief hearing in U.S. District Court in Los Angeles on Friday and his defense attorney, Shepard Kopp, said that he "categorically denies" the charges against him.

In June, FBI agents raided the Sacramento offices of Ron Calderon and the California legislature's Latino Caucus, where he was a member of the executive board.

In November, Calderon was removed from the board of the Latino Caucus and from his legislative committee assignments by his colleagues because of the investigation.

If convicted at trial, Ron Calderon, who also faces tax fraud charges, could face a statutory maximum of nearly 400 years in prison, although federal sentencing guidelines typically call for much less time. Tom Calderon could face a maximum of 160 years behind bars.

Watch video by KCRA News below.