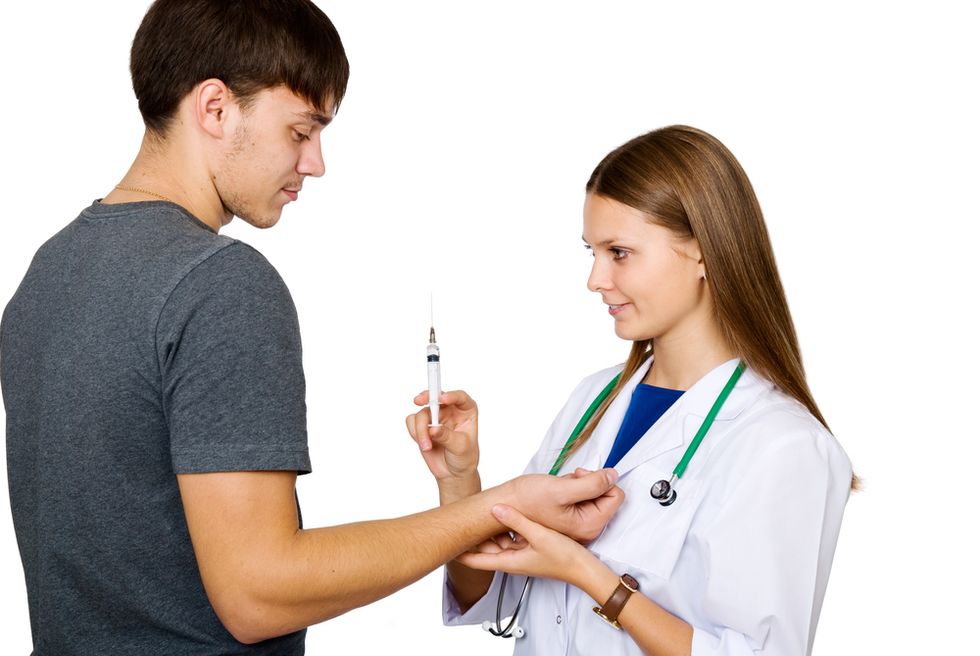 Doctor prepares to give young patient a flu shot via Shutterstock

Officials at the U.S. Centers for Disease Control (CDC) issued a stern warning to young and middle-aged people on Thursday urging them to get immunized against the flu. Think Progress reported that the agency is alarmed by the number of deaths outside the normally vulnerable populations of seniors and young children.

"This influenza season was particularly hard on younger and middle-aged adults," said the CDC is its Morbidity and Mortality Weekly Report. "People ages 18-64 represented 61 percent of all hospitalizations from influenza -- up from the previous three seasons when this age group represented only about 35 percent of all such hospitalizations. Influenza deaths followed the same pattern; more deaths than usual occurred in this younger age group."

"Younger people may feel that influenza is not a threat to them, but this season underscores that flu can be a serious disease for anyone," said CDC director Dr. Thomas Frieden.

"It's important that everyone get vaccinated," Frieden continued. "It's also important to remember that some people who get vaccinated may still get sick, and we need to use our second line of defense against flu: antiviral drugs to treat flu illness. People at high risk of complications should seek treatment if they get a flu-like illness. Their doctors may prescribe antiviral drugs if it looks like they have influenza."

The 2014 flu season marks the return of the H1N1 swine flu virus, which killed thousands in 2009. While scientists and physicians are not happy to see the return of the deadly flu strain, the current influenza vaccine is very effective against H1N1 infections.

“The good news is that this season's vaccine is doing its job, protecting people across all age groups," said Frieden.

Tara Culp-Resser at Think Progress wrote, "The stories of unexpected deaths have been heartbreaking cautionary tales. In Arkansas, a woman lost her unborn child after coming down with H1N1, only to lose her own life a month later. Another pregnant woman in Los Angeles also recently passed away. In San Francisco, a healthy 47-year-old woman who worked at a local ABC News affiliate died from the flu just a few days after she started feeling sick — and now, her family is urging strangers to get their vaccinations."

[image of young man getting flu shot from doctor via Shutterstock.com]