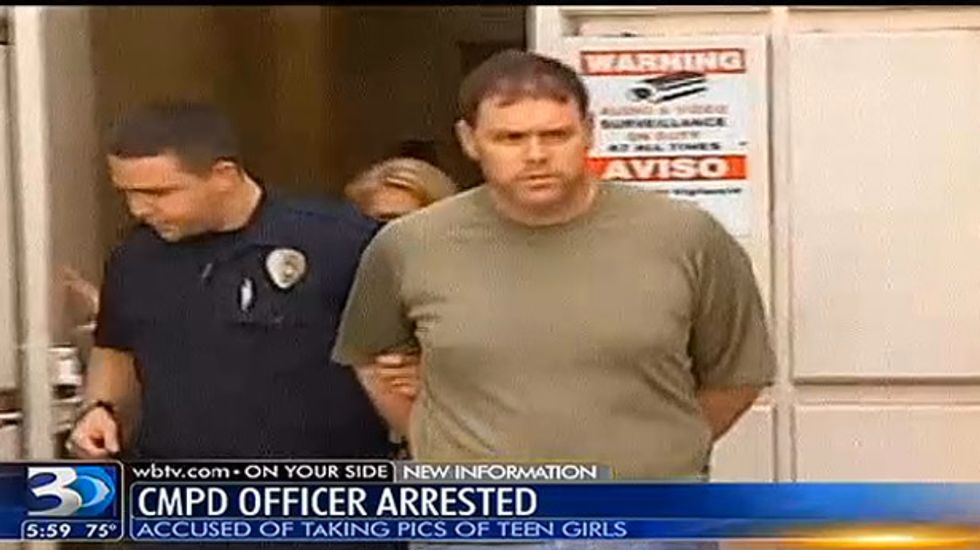 A Charlotte-Mecklenburg Police Department officer has been arrested by CMPD detectives for taking surreptitious photos of high school girls under his supervision.

According to WBTV in Charlotte, North Carolina, officer Thomas E. Allen was arrested by CMPD detectives and charged with four counts of secretly using a photographic device to view another's body and four counts of possessing photographic images in violation of the peeping statute.

At the time of his arrest Allen was listed as the Internship Coordinator for the Charlotte-Mecklenburg Police Training Academy, working with high school kids attempting to interest them in careers in law enforcement.

According to police, the investigation began in October 2013 and found that Allen possessed four images of juvenile females as they participated at various activities that he allegedly took using a 35 millimeter camera using a zoom lens.

Charlotte-Mecklenburg Police Chief Rodney Monroe said the high school students were doing things like sit-ups and push-ups when the pictures were taken without their consent.

"He committed these offenses in the presence of other people," Monroe added. "So it was not based on him being alone with anyone. It was just based on his unlawful sneaky ways in trying to capture these photographs."

Allen was hired by the CMPD on March 27, 1996, and was most recently assigned to the Recruiting Division of the Police Training Academy.

Watch the video below from WBTV: