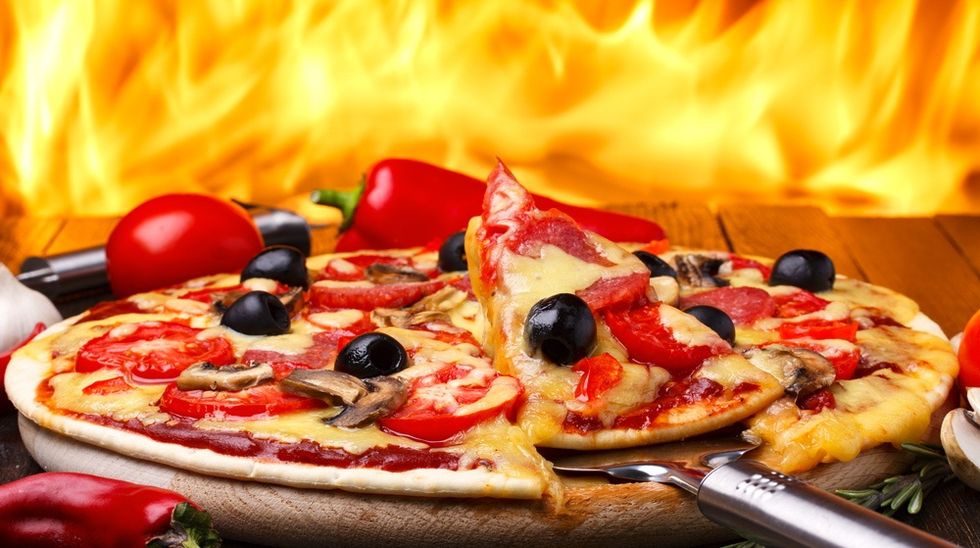 Buy one explosion, get a pizza free.

Last Tuesday, residents of the small town Bobtown, Pennsylvania woke to an explosion and a massive, high-temperature fire, at the site of a fracking well owned by the Chevron corporation. It wasn't just any fire, either. Wrote the Pittsburgh Post Gazette Feb. 12:

More than 12 hours after an explosion that "sounded like a jet engine going 5 feet above your house," as one neighbor put it, the fire, fueled by the well's gas, continued to shoot flames and smoke into the air, causing a hissing sound that could be heard a quarter-mile away.

The heat from the blaze -- which caused a tanker truck on site that was full of propane gas to explode -- was so intense that first responders from local fire departments had to pull back rather than risk injury.

"They essentially retreated to let the fire burn," said John Poister, spokesman for the Pennsylvania Department of Environmental Protection, which had three people on site investigating.

One person was injured and another presumed dead.

"It was very, very scary," said a local resident. "You knew somebody had to be hurt somewhere with that explosion."

One worker was injured following the blast; another employee is still missing. Chevron says it doesn't know exactly what sparked the fire, but that workers were preparing to run tubing, an act done when readying wells for production.

Five days later, the fire finally went out. Chevron spokesman Kent Robertson told the local ABC affiliate he didn't know why, but said, "there is not enough fuel being emitted to sustain combustion, and with the cooling of the crane, the ignition source has been removed."

What is Chevron doing about the explosion?

On Sunday, Chevron Appalachia Community Outreach sent a gift certificate to those who lived in the vicinity of the blast offering them a two liter bottle of soda and one large pizza.

We are sorry to have missed you.  We wanted to provide you with a status update on the February 11 incident that occurred on Chevron’s Appalachia’s Lanoce 7 H well pads in Dunkard Township and see if you had any questions or concerns that we could address.

Chevron recognizes the effect this has had on the community.  We value being a responsible member of this community and will continue to strive to achieve incident-free operations.  We are committed to taking action to safeguard our neighbors, our employees, our contractors and the environment.

The note included a handwritten gift certificate to Bobtown Pizza for a "Special Combo Only," or “One large pizza and One 2 ltr drink.” It appears below.

Blogger Will Bunch of the Philadelphia Daily News confirmed that Chevron had bought 100 of the certificates, titling his post, "The Chevron Guarantee: Our well won't explode...or your pizza is free!"

"Of course, a cynic would argue that a lifetime supply of pizza -- even with those cheesy breadsticks thrown in -- wouldn't be worth the health risks of having a massive fracking rig next door," he writes. "On the other hand, I see a possible new marketing campaign for Chevron: We guarantee your fracking rig won't explode, or your pizza is free!"

The news was first reported by the website Raging Chicken Press. Following the image of Chevron's letter is video taken by a helicopter at the scene and a report from Pittsburgh news station WTAE. 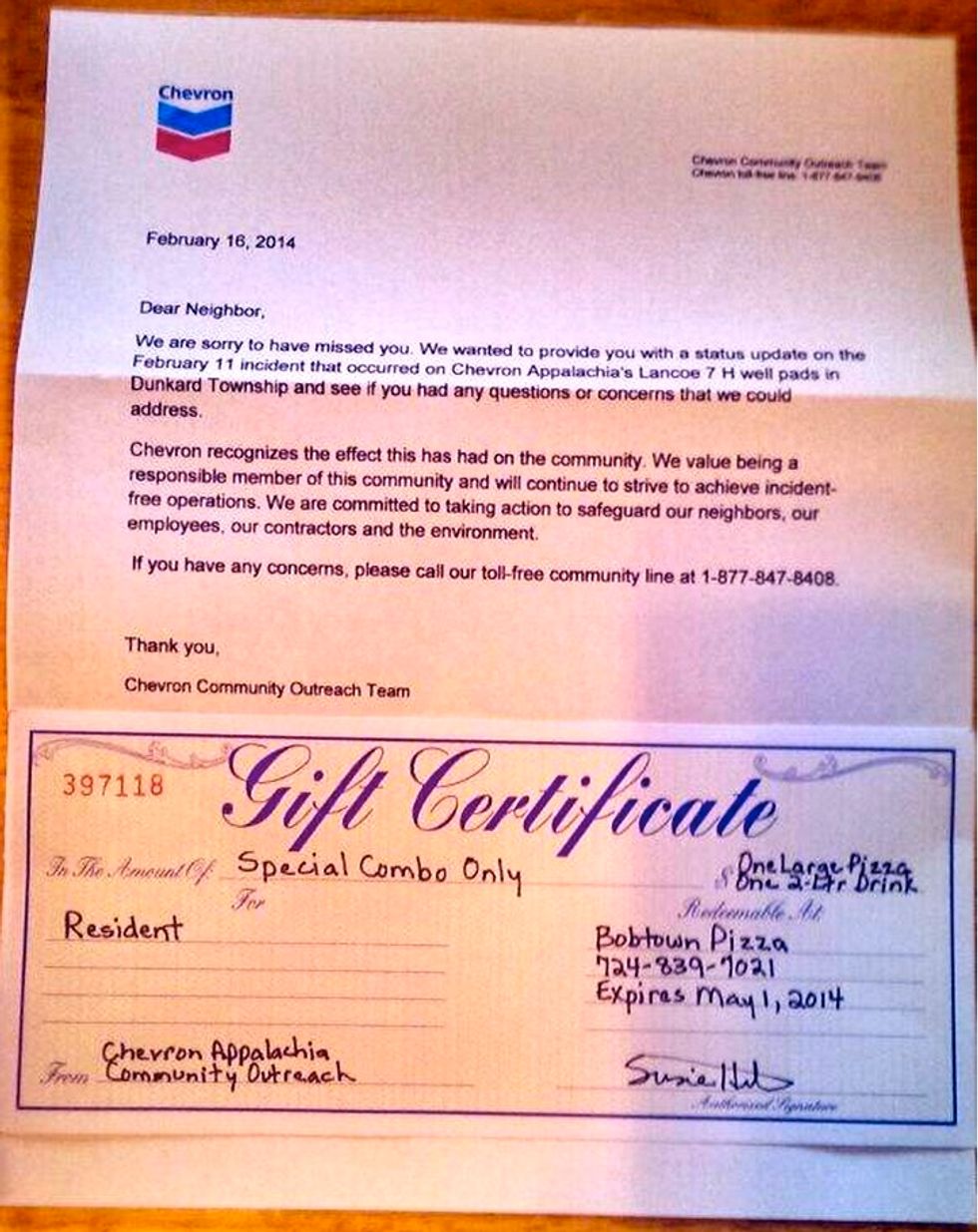