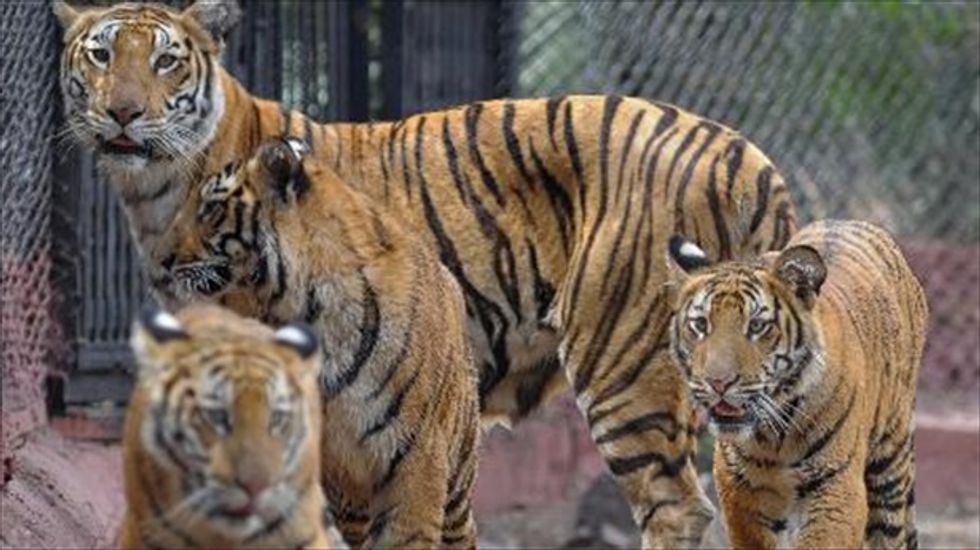 A man in China survived an unsuccessful attempt to feed himself to a pair of Bengal tigers and is being treated for depression, a Chinese newspaper reported Tuesday.

According to the Chengdu Business Daily, Yang Jinhai, 27, climbed a tree and jumped into the tigers' enclosure on Sunday at the Chengdu Zoo in southwest China's Sichuan province.

As stunned visitors watched, Yang -- who is unemployed and suffers from mental health issues, according to his brother -- "performed exaggerated movements" as he spent 20 minutes trying to tempt the tigers to eat him.

"I asked them to bite me and let them eat my meat, and so I did not fight back," Yang told the paper.

But while he was scratched and dragged by the back of his neck, the tigers declined to make a meal of him.

Zoo staff tranquilised the animals so that they could rescue Yang, who sustained "16 minor wounds", the report said.