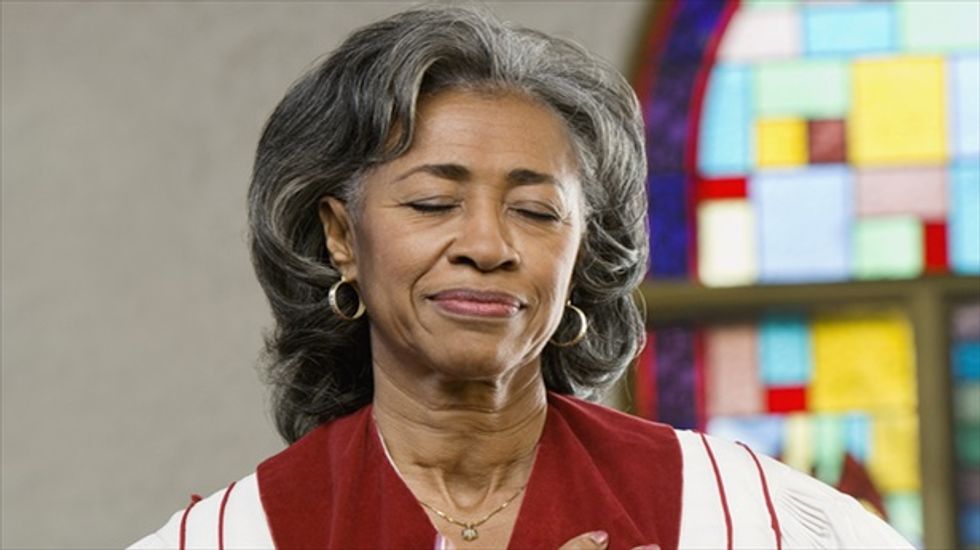 The Church of England could ordain its first woman bishop by the end of the year after its ruling body on Tuesday backed legislation to speed up their introduction.

In a move hailed by one member as a step towards the "Promised Land", legislation fast-tracking the long-awaited introduction of women bishops cleared the revision stage of the Church's general synod in a meeting in London.

The scheme cuts the time it would take to consult the Church's 44 dioceses from six months to three.

The decision clears the way for final approval of the legislation in July and it could come into force in November.

Lois Haslam, a general synod member from Chester diocese in northwest England, said during the debate over the legislation: "I feel something like what Moses must have felt as he approached the promised land.

"We have wandered round women bishops legislation for many, many years, we are now approaching the promised land and it is exciting."

The proposal to halve the consultation period received the backing of 358 general synod members, with 39 voting against and nine abstaining.

But Bishop of Rochester James Langstaff sounded a note of caution after the vote, warning that the legislation needed to gain a two-thirds majority in each of the houses of the general synod in July to gain final approval.

"I am not in the business of counting chickens before I have got them, as it were, because we do not know how people will vote at the final approval vote necessarily," he said.

"One house failing to get the two-thirds majority can lead to the whole thing failing... until the votes are actually counted, it would be premature to assume it is going to go through."

The worldwide Anglican Communion's mother church was plunged into deep soul-searching in November after moves to introduce women bishops were rejected by just six votes.

The collapse of the legislation was described by a senior civil servant as a "train crash" for the Church, and Prime Minister David Cameron said it "needed to get on with it".

There are 27 women bishops in the Anglican Church worldwide.

[Image: "Female Reverend With Hands On Heart" via Shutterstock]