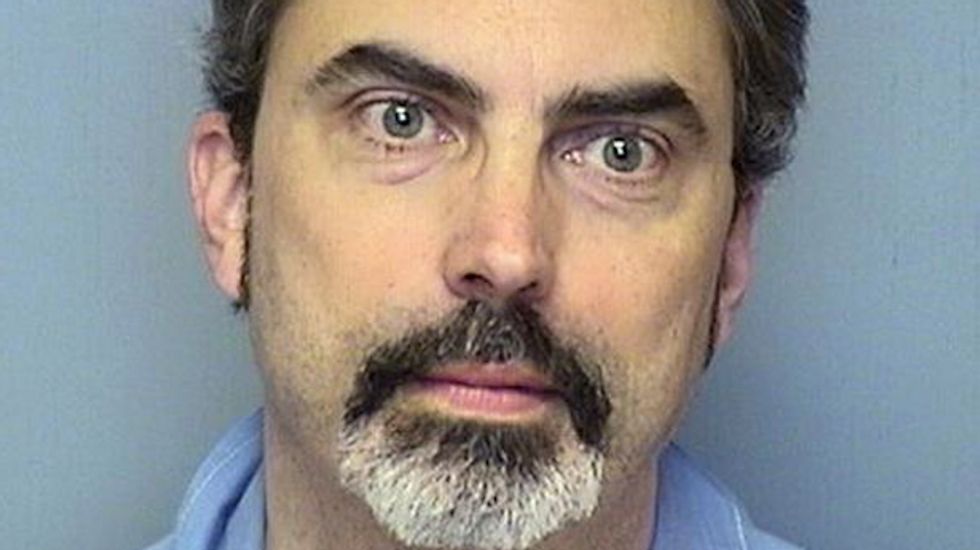 A Minnesota mother says Catholic Church officials are blaming her for not protecting her two sons from the priest who abused them.

The Rev. Curtis Wehmeyer, the former pastor of Blessed Sacrament Parish in St. Paul, pleaded guilty in 2012 to abusing the boys, ages 12 and 14, and possessing child pornography.

The family has sued the Archdiocese of St. Paul and Minneapolis, which claimed in a Feb. 7 court filing that the mother – who worked at the church -- knew that one of her sons was spending time with the priest.

“She was aware of the time [he] spent with Mr. Wehmeyer, and she knew that such interaction was contrary to established Archdiocese policy,” the filing said.

The woman spoke last week to Minnesota Public Radio and the Star Tribune about her family’s ordeal.

MPR News reported in September that archdiocese officials knew about Wehmeyer’s risky sexual behavior, such as cruising for sex in a park and approaching young men in a bookstore, when he was appointed pastor in 2009 of two churches that later merged.

"The fact that there were memos flying around that were dated before certain events of abuse happened is bloodcurdling to me, that they had the opportunity to stop this man dead in his tracks before he ever harmed any of my children," said the woman, who asked to remain anonymous to protect her sons.

The woman said she thought Wehmeyer was odd, but she just thought he was lonely and never suspected he was sexually interested in children.

"I sort of felt that he was the geeky kid," she said. "He needed some friends. I thought it was almost like a, for lack of a better word, like a pity project to take this priest under our wing."

Wehmeyer lured the boys into a white camper he kept parked outside the parish with drugs, alcohol, and pornography.

He made the boys touch themselves, investigators said, and he also touched the boys on multiple occasions.

The priest also took the boys camping, although the archdiocese forbids clergy from spending time alone overnight with children, and a man reported Wehmeyer to the archdiocese in 2009 after he spotted the priest acting suspiciously with one of the boys at a campsite.

The mother said a bishop called her and said another adult should go on camping trips with Wehmeyer and the boys to avoid the appearance of scandal, but she said the official didn’t tell her about the priest’s sexual addiction or interest in young men.

The woman said she never suspected the boys were being abused, although they began struggling in school and getting into fights with their parents.

“It’s bloodcurdling to me they had the opportunity to stop this man dead in his tracks before he harmed any of my children,” the mother said.

"It nauseates me to go to Mass and hear in the prayers of the faithful them say, 'Let's pray for the victims and their families,' when I've got a lien on my taxes because they won't pay my son's bill," she said.

The woman said she found out almost two years ago that Wehmeyer had abused two of her sons, and one of the boys then abused his 5-year-old twin sisters.

A third son told her last year that he had also been abused by Wehmeyer, and she later learned that one of her sons had abused another sibling.

Six of her nine children have been sexually abused by the priest or another sibling, the woman said.

A spokesman said the archdiocese agreed to pay the family’s therapy bills, and had done so, but they didn’t consider a bill from one boy’s stay at a crisis home to be covered under that agreement because the bill was for housing, not mental health treatment.

Archbishop John Nienstedt has not met with the woman or her family, but he discussed their case in December with a group of priests.

MPR News obtained an audio recording of the meeting and reported that the archbishop never mentioned the victims but instead lamented that his vicar general, Rev. Peter Laird, had resigned after Wehmeyer’s sexual behavior was publicized.

"I think the person who's been hurt the worst in this is Father Laird," Nienstedt said on the recording.