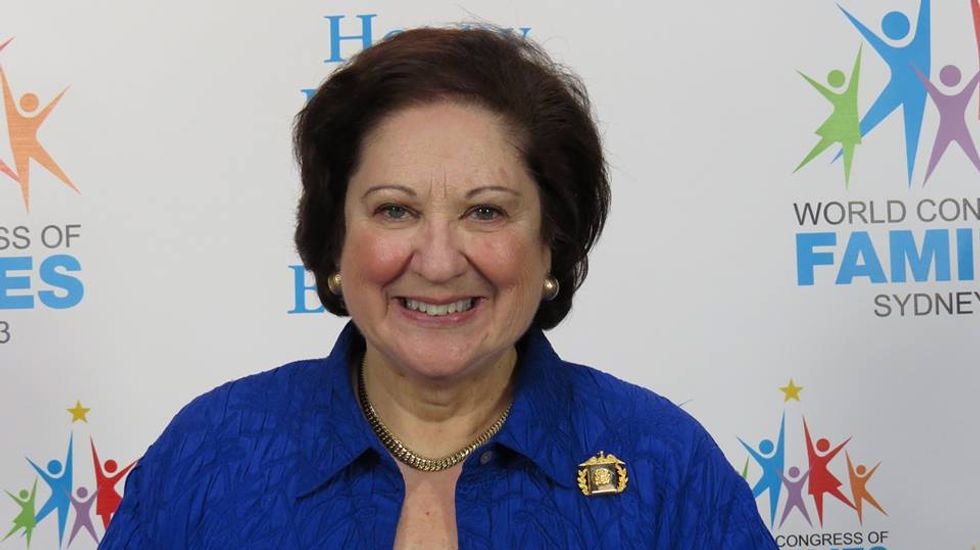 According to the anti-abortion news site LifeSiteNews.com, CWFA spokeswoman Janice Shaw Crouse said that the president's "arrogance is breathtaking" when she was asked for a reaction after Obama had criticized Uganda for its new law.

"We believe that people everywhere should be treated equally, with dignity and respect, and that they should have the opportunity to reach their fullest potential, no matter who they are or whom they love," wrote the president.

Obama continued, "The Anti-Homosexuality Bill in Uganda, once law, will be more than an affront and a danger to the gay community in Uganda. It will be a step backward for all Ugandans and reflect poorly on Uganda’s commitment to protecting the human rights of its people."

Crouse argued that Obama's words amount to "cultural imperialism." Western LGBT people, she said, are just "a very small minority of Americans with outsized influence,” who are attempting to “tear down the moral foundations of our nation as well as the rest of the world.

"Obama of all people should realize how offensive his position on homosexuality is to devout Muslims,” she said.

“It is unseemly for an American president to dictate to other countries what their cultural, moral and religious traditions ought to be,” Crouse told LifeSiteNews. “And it is hypocritical for him on the one hand to say America is unexceptional and bow to other national leaders and then on the other hand, seemingly from a position of moral superiority, tell other nations that their beliefs are inferior to his supposedly enlightened, exalted views.”

In 2012, Crouse and CWFA spoke out vehemently against passage of the Violence Against Women Act (VAWA), a legislative package designed to give greater standing under the law and means of recourse to the victims of domestic violence and other forms of abuse.

Crouse argued against intervening in the cycle of abuse, that VAWA "pits husbands against wives" and that under it, "A woman can, with the barest evidence and no evidence at all, claim abuse and get (a husband or partner) out of the house.”

“You know, the Age of Enlightenment and Reason gave way to moral relativism," Nance said. "And moral relativism is what led us all the way down the dark path to the Holocaust...Dark periods of history is what we arrive at when we leave God out of the equation.”

[Editor's note: A representative for  Crouse contacted Raw Story and denied that she supports Uganda's new law. This story has been updated to reflect that assertion.]