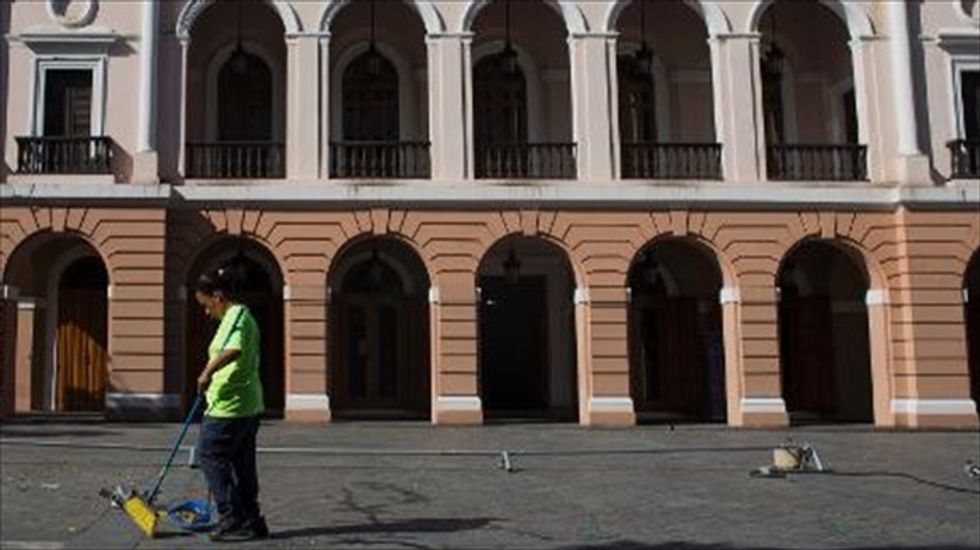 Standard & Poor's on Tuesday cut the debt rating of Puerto Rico to junk status, saying the US territory is facing a liquidity squeeze due to high debts and a high deficit.

S&P lowered Puerto Rico's rating by one step to the "speculative" grade of BB+ as the territory was testing markets to raise a fresh $2 billion in financing.

The government and official agencies of the Caribbean island territory, with a population of 3.7 million, have some $70 billion in debt, and its constitution essentially forbids it from a default.

But S&P said nevertheless that it "has limited liquidity" which cannot be fully financed by the territory's Government Development Bank.

The GDB's own rating was dropped a step to BB, one notch lower than the government debt grade.

"Puerto Rico has limited liquidity without access to the debt market by either GDB or directly by the Commonwealth for sizeable amounts of debt," S&P said.

Yet the territory will need further borrowing to finance a possible deficit in fiscal 2015, even if it makes headway in reducing the government's financing shortfall, S&P said.

The rating agency added that the currently planned sale of new bonds to refinance GDB debt will come at a price, "adding to an already high debt service burden."

And faced with a continued government deficit and weak island economy, S&P said, the risks of not being able to meet its needs will remain high -- reason for the agency placing Puerto Rico on a negative watch, for another possible downgrade.

"In our view, there is little margin for error over the next two years," S&P said.

On the other hand, the agency said the government's progress in cutting its operating deficit and reforming pensions explains why it did not receive a lower rating.

"We view the reform as significant and could contribute to a sustainable path to fiscal stability."

The island's financial problems have shaken the $3.7 trillion market for US municipal bonds, especially in the wake of the default last year by Detroit.

Enjoying broader tax breaks than most issuers in that market, Puerto Rico was able to sell huge amounts of debt over the past decade, which was meant to finance a buildup of infrastructure and revitalize the island's economy.

But the economy has continued to stumble, contracting every year since 2006 even as the US economy has rebounded in the past four years.

The official unemployment rate is 14.7 percent, more than double that of the United States, and the debt burden is equivalent to 93 percent of the island's gross domestic product, or economic output, more than the debt-to-GDP ratio of troubled Spain.

The White House last year mobilized a team to help the government strengthen its finances and avoid a default, but investors have sold off its bonds as the risks grew.

"We remain committed to the implementation of our fiscal and economic development plans," they said in a statement.

They said the were confident that the government has the liquidity it needs through the end of the fiscal year on June 30, and were in discussions with lenders for additional financing.