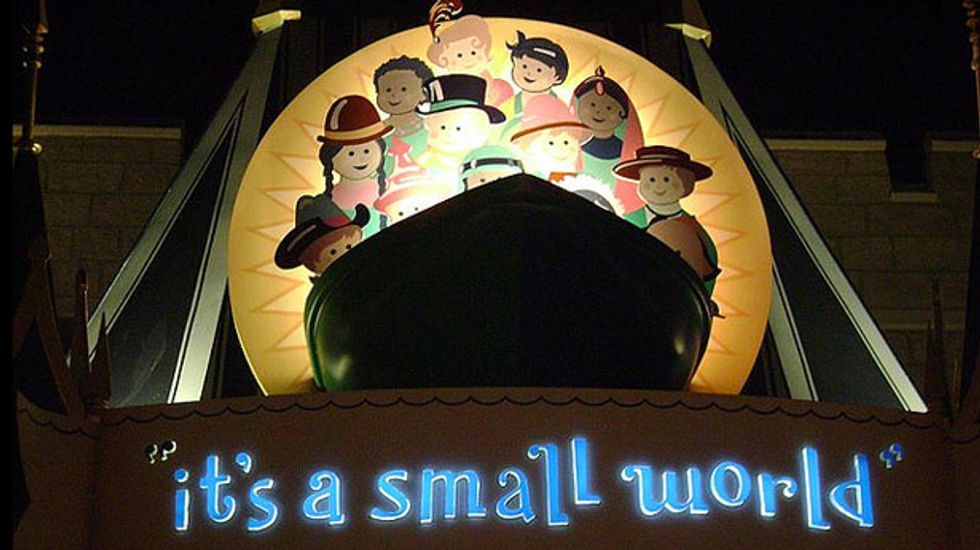 The Orlando Sentinel reports the sting, code-named 'Be Mine' in honor of Valentine's Day, lured suspects bearing jewelry, chocolate candy bars,  flavored vodka and marijuana in the hope of  meeting girls as young as 13 for sex.

Lake County detectives occupied a vacant house in the Orlando area and posed as children or the parents of children in online chat rooms.

One suspect, Alexander Vorobets, 27, brought a Happy Meal and condoms in anticipation of meeting a child of 13. Another suspect was already a registered sex offender

"They never learn. As long as they're out there," said Lake County Sheriff Gary Borders. "We'll continue to work these operations and put them in jail."

Among the arrested were three Walt Disney World employees – Robert Kingsolver, 49, Patrick Holgerson, 32, and Joel Torres, 32 – who were charged with a variety of sex crimes, including traveling to meet a minor. Disney spokeswoman Marilyn Waters has stated that all three employees have been placed on unpaid leave pending the outcome of the charges. Others arrested include a member of the National Guard and a paramedic.

One suspect, 47-year-old David Griffith, admitted to detectives that he had also made plans to meet a 7-year-old for sex in an undisclosed county. Detectives confirmed his confession with emails between Griffith and the child's mother. The young girl told investigators that her mother had sexually abused her. Griffith faces criminal charges including soliciting a child for sex acts. The mother of the girl is currently being investigated.