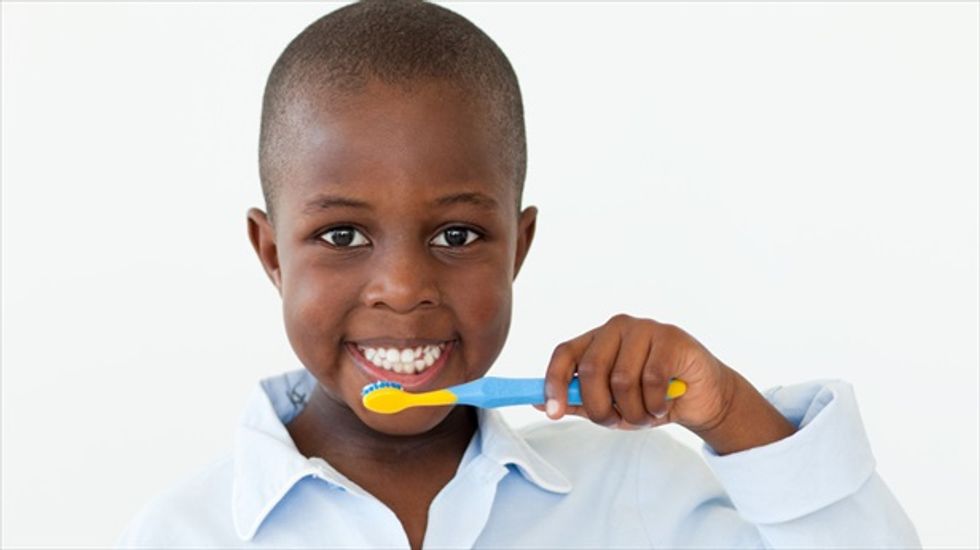 'Little Boy Brushing His Teeth In The Bathroom' [Shutterstock]

Two public health experts warned Saturday about the stunting effects that a wide array of industrial chemicals, including toothpaste ingredient fluoride, may be having on child brain development, in a report some called alarmist.

The pair, Philippe Grandjean of the Harvard School of Public Health and Philip Landrigan from New York's Icahn School of Medicine, said the number of chemicals known to hinder child brain development have doubled from six in 2006 to 12 today.

In a 2006 review, the pair had identified ethanol, lead, methylmercury, polychlorinated biphenyls, arsenic and toluene as "developmental neurotoxicants".

Since then, studies have shown another six to be dangerous: manganese, fluoride, chlorpyrifos, dichlorodiphenyltrichloroethane, tetrachloroethylene and polybrominated diphenyl ethers, said the new review.

These are used in everything from pesticides, dry cleaning chemicals and flame retardants.

Fluoride is commonly used to prevent tooth cavities, and added to tap water in many countries.

Brain development disorders like autism, attention-deficit hyperactivity disorder (ADHD) and dyslexia already affect one in six children today, and there was "strong evidence" of a link between chemical exposure and an increase in diagnoses, the team wrote in a review in the Lancet Neurology medical journal.

They urged mandated testing of all existing industrial chemicals as well as new ones entering the market, and said stronger controls could save billions of dollars in toxicity and poisoning costs.

Other experts, however, said the paper had limitations and was based on an array of previously published surveys of varying reliability.

"Because the paper lacks rigour, it is impossible to assess the validity of the authors' claims, many of which seem highly speculative. The conclusions of more focused and thorough reviews have been less alarming," said David Coggon of the University of Southampton's Lifecourse Epidemiology Unit.

Others said autism, ADHD, cerebral palsy and dyslexia have not been definitively associated with industrial chemical exposure.

In comments prepared by the Science Media Centre, epidemiologist Jean Golding of the University of Bristol accused the pair of issuing "scare" statements.

"To implicate high fluoride, which they quote as one of the new chemicals... they quote only one paper; this only compares the mean IQs of children in villages with different levels of fluoride, with no allowance made for any other differences, and no actual measurement of fluoride in individual children and comparison with their IQs. This is not good evidence."

[Image: "Little Boy Brushing His Teeth In The Bathroom" via Shutterstock]