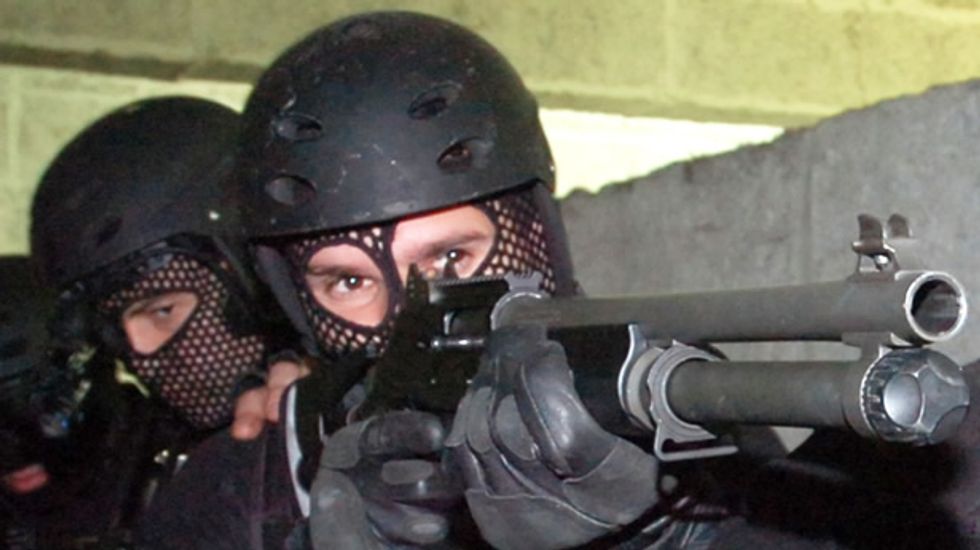 At the time, The Denver Post reported that attorneys for the raided dispensaries were confused, especially because there were no arrests. "They took $1 million worth of plants from his facility," attorney James Wollrab told the Post. "They didn’t leave any instructions, saying don’t replant. There was no court order of cease and desist. No explanation."

On Monday, the Post provided a partial explanation as to why one of the dispensaries was raided: the DEA believed that the owner of VIP Cannabis, Gerardo Uribe, has ties to Colombian drug cartels.

The search warrant authorizing the raids only indicated that the buildings in question were "used to facilitate the distribution and/or cultivation of marijuana," but court documents acquired by the Post indicate that Uribe had long been the target of a more wide-ranging investigation.

He has not, however, been charged with any crime at this time.

One of his associates believe that Uribe has been unfairly targeted because he is Colombian.

"Gerardo, he is the one who cares more about everything," Joseph Taveras told the Post. "He knows because of the stigma, of being Colombian, that his people may be targeted. He all the time talked about doing the right things."

All but one of the dispensaries raided on November 21 belonged to Uribe, one of his relatives, or a known associate. The only individual arrested is a Colombian national, Hector Diaz, who had caught agents' attention because of an email they found in which he was holding two semi-automatic weapons while wearing a DEA hat.

Diaz has been charged with one count of possessing a firearm while being in the United States on a non-immigrant visa.

Rob Corry, the lawyer for one of Uribe's associates, John Frank Esmeral, told the Post that neither he nor his client understand why no charges related to the raid have been filed. "He and I have no idea why the federal government decided to essentially dismantle his business," he said.

"It was perfectly legal under state and local law, operating with all the appropriate licensure. If the Department of Justice's goal was to strike fear in our industry, mission accomplished."