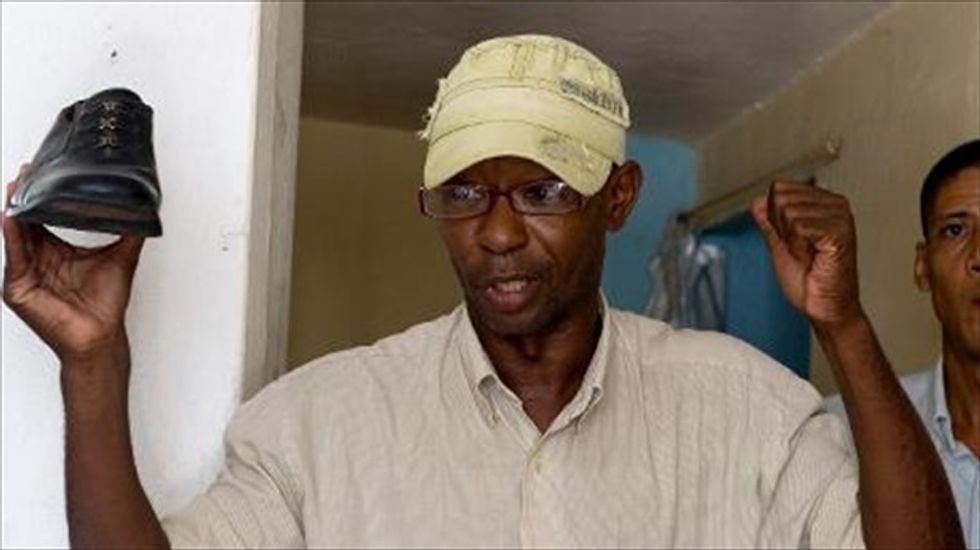 A campaign seeking political change in one-party Communist Cuba will soon be launched with backing from domestic and international groups, a prominent dissident announced Wednesday.

The campaign seeks to gather the 10,000 signatures necessary under Cuban law to submit a constitutional reform measure to the National Assembly.

"It is more important to change the nature of power than to change those exercising power," dissident Manuel Cuesta Morua told reporters as he unveiled the effort.

Cuba's constitution does not currently allow more than one political party. The dissidents will likely press hard to have the communist island adopt a multi-party political system.

Dissident groups are of several minds on whether economically devastated Cuba should go back to its 1940 constitution, make changes to its 1976 current socialist model or just opt for a new charter altogether.

Cuesta Morua said the reform bid would bring together several Cuba opposition groups and actively launch in May with events in Cuba, the US states of Florida and New Jersey, Puerto Rico and Spain.

In May 2002, the Christian Liberation Movement headed by the now deceased political activist Oswaldo Paya introduced a similar initiative in the legislature.

At the time, it was the single biggest public political confrontation the Communist government had faced in decades.

But the National Assembly declined to take up the measure.

Instead, lawmakers adopted a constitutional reform stating that the socialist nature of the Cuban regime was "irrevocable," suggesting no political opening was possible under the current constitution or regime.

"Today, we think conditions are better for citizens to support an initiative of this kind," Manuel Cuesta said.

"Now, there is basically a political no man's land in terms of where the government's legitimacy stems from."

There was no immediate public comment from the government led by President Raul Castro, 82.

Cuba, which has been reluctant to allow significant political or economic change, considers dissidents "mercenaries" in Washington's pay.

Cuba's infrastructure is feeble, and it is economically isolated. It depends on its close ally Venezuela for subsidized oil to keep the lights on in a nation of 11 million.

After five decades of the same regime, Havana controls the vast majority of the economy -- though it has allowed more self-employment after firing thousands from government jobs.

Shortages are widespread, with incomes averaging $20 a month. Corruption is a major issue and stealing from the government and tourist facilities such as restaurants is rampant.

All media are state-run and free speech and free association are not allowed.