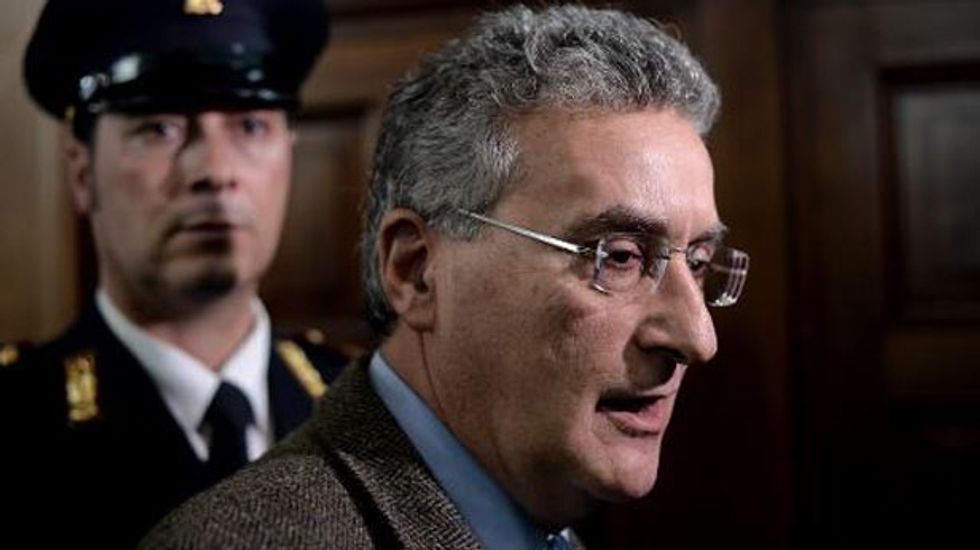 Italy and the United States arrested dozens of people and broke up a fledgling alliance between New York's Gambino family and the 'Ndrangheta mafia on Tuesday, mainly thanks to a US undercover agent who infiltrated the secretive Italian organised crime group.

Italian and US prosecutors and police gave details of the joint operation at a press conference in Rome, saying they issued 26 arrest warrants and placed 40 people under investigation in a two-year investigation.

They said they had disrupted planned shipments of cocaine via a new drug route from South America to Italy and of heroin from Italy to the US worth hundreds of millions of euros (dollars).

One cocaine shipment would have been for 500 kilos (1,000 pounds) of pure cocaine and the drugs were to be smuggled in liquid form in tins of fruit by a Guyana-based firm with a Mexican drug cartel acting as an intermediary.

"What we see here is an attempt by the 'Ndrangheta to gain a foothold in the New York area. We stand ready to prevent the 'Ndrangheta from gaining that foothold," said Marshall Miller, an assistant US attorney.

Officials said the investigation confirmed the 'Ndrangheta's lynchpin role in international drug trafficking and its bid for a wider global reach.

The charges against those arrested include drug trafficking, mafia association and an illegal firearms charge against one US suspect who sold a gun silencer and claimed to have a "Fort Knox" arsenal of weapons.

While the 'Ndrangheta already had contacts with the New York Cosa Nostra's traditional "five families" dating back to the 1980s, officials said the links had previously always been through the Sicilian Cosa Nostra.

The direct link was something new and officers named their operation "New Bridge" -- a reference to a previous operation in the 1990s called "Old Bridge" into ties between the Italian and US Cosa Nostra.

Miller said the "bridge of criminality and corruption" had come across the "much stronger bridge" of police cooperation between Italy and the United States.

"This operation strikes at the heart of international organised crime," he said, adding that hundreds of thousands of dollars in mafia money being laundered through US banks had also been seized in the US.

Federico Cafiero De Raho, chief prosecutor in Reggio Calabria, the 'Ndrangheta's bastion in southern Italy, said the foiled cocaine shipments were to arrive at the port of Gioia Tauro in Calabria.

The prosecutor said a US undercover agent, named only as "Jimmy" in investigation documents, was granted special dispensation by the police to operate in Italy and had played "a key role" in the operation.

"The 'Ndrangheta are very diffident and initially they did not want to meet him. But he worked well and eventually he entered into their confidence," said Gennaro Semeraro, the police chief in Reggio Calabria.

Material from the investigation showed the agent made several trips to the Italian region of Calabria in July and August 2012 and was involved in a transaction of 1.6 kilos of heroin with some Italian undercover agents.

Semeraro said the bugging and wiretapping aspects of the investigation were particularly complicated because the suspects spoke in "encrypted" language and made use of phone cards nominally owned by third parties.

Eight of the people arrested are alleged members and associates of the Gambinos, a ruthless and powerful crime family that first came to public attention when it was led by godfather Carlo Gambino in the 1960s.

The investigation found family ties between the Gambinos and the Ursino clan of the 'Ndrangheta -- a link that was at the centre of the investigation.