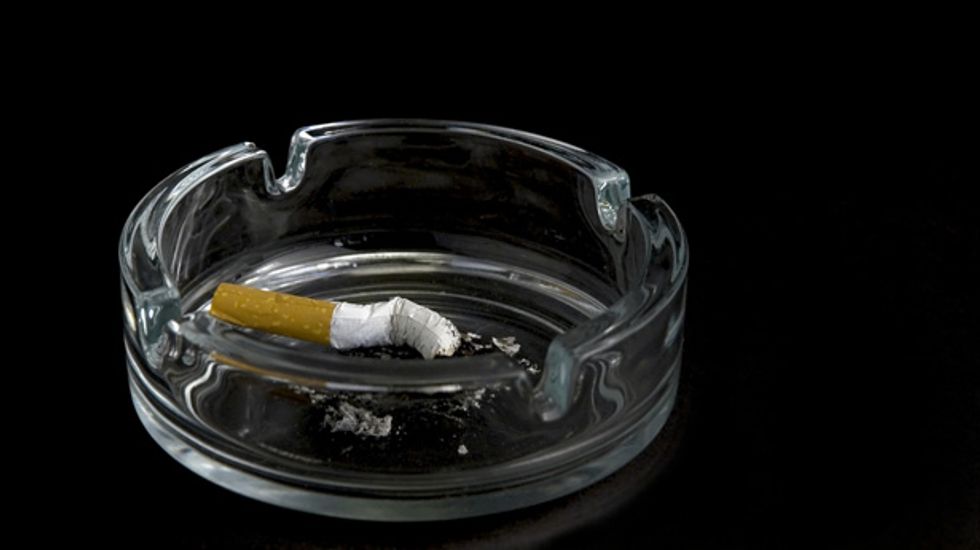 CVS Caremark, the nation’s second-largest drugstore chain, announced on Wednesday that they will suspend all cigarette and tobacco sales in their 7,600 stores by Oct. 1, the L.A Times has reported.

The dramatic move by one of the country’s biggest healthcare companies, which said it is giving up about $2 billion in annual sales, or about 1.6% of the company’s 2012 revenues, comes after years of pressure from public health advocates and medical providers.

In a statement, Larry J. Merlo, the president and chief executive officer of CVS Caremark, said “As the delivery of healthcare evolves with an emphasis on better health outcomes, reducing chronic disease and controlling costs, CVS Caremark is playing an expanded role in providing care,” He added. “Put simply, the sale of tobacco products is inconsistent with our purpose.”

Health and Human Services Secretary Kathleen Sebelius applauded CVS for the move, calling it "unprecedented step in the retail industry."

"Last month, I called on all sectors of the United States – from businesses to local and state governments to the faith community – to join in the Obama Administration’s sustained effort to make the next generation tobacco-free. Smoking takes an enormous toll on our friends, families and communities," she said in a statement. "As we know from the recently released 50th Anniversary Surgeon General Report on smoking and health, nearly 500,000 Americans die early each year due to smoking, and smoking costs us $289 billion annually.'

Nationally CVS is second only to Walgreens in retail locations. This morning Walgreens announced that they are currently reviewing cigarette sales at their 8,116 stores.

CVS pledged to launch what it called a “robust national smoking cessation program” this spring.