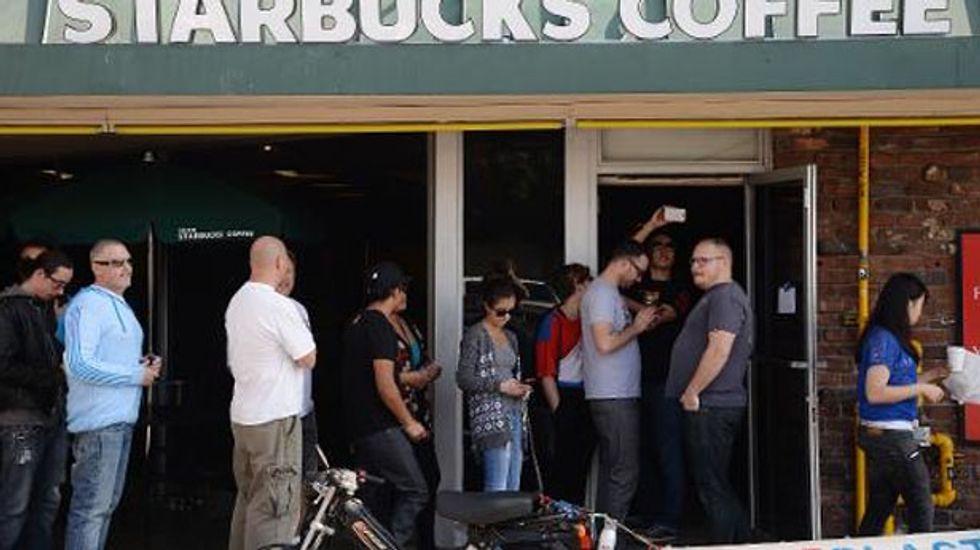 US health officials closed down a spoof Starbucks coffee shop shortly after a TV comic revealed himself as the man behind the stunt, which drew media attention and plenty of customers.

The "Dumb Starbucks" cropped up in a Los Angeles neighborhood on Friday adorned with the signature green logo and signage of the global coffee giant, except with the word "Dumb" sitting above it.

Long lines formed outside the shop over the weekend as word of mouth and social media attracted large crowds, with some people reportedly waiting over an hour to be served.

On Monday Canadian comedian Nathan Fielder, known for a Comedy Central prank show, came forward and said it was his idea.

In a "press conference" outside the shop and a video posted on YouTube, he said: "By adding the word 'dumb,' we are legally allowed to use the coveted Starbucks name and logo because we've fulfilled the minimum requirements to be considered a parody under US law."

"Many of you probably know me as a comedian, but this is no bit or joke," he said. "This is a real business I plan to get rich from," he deadpanned.

But a short time later the LA County Department of Public Health swooped and posted a "notice of closure" on the door, saying the business was "operating without a valid public health permit."

Corporate giant Starbucks said before the shop was closed down: "It is not affiliated with Starbucks.

"We are evaluating our next step. While we appreciate the humor of the store, they cannot use our name. It is a protected trademark."

Fielder said he plans to open a second location in Brooklyn, New York.