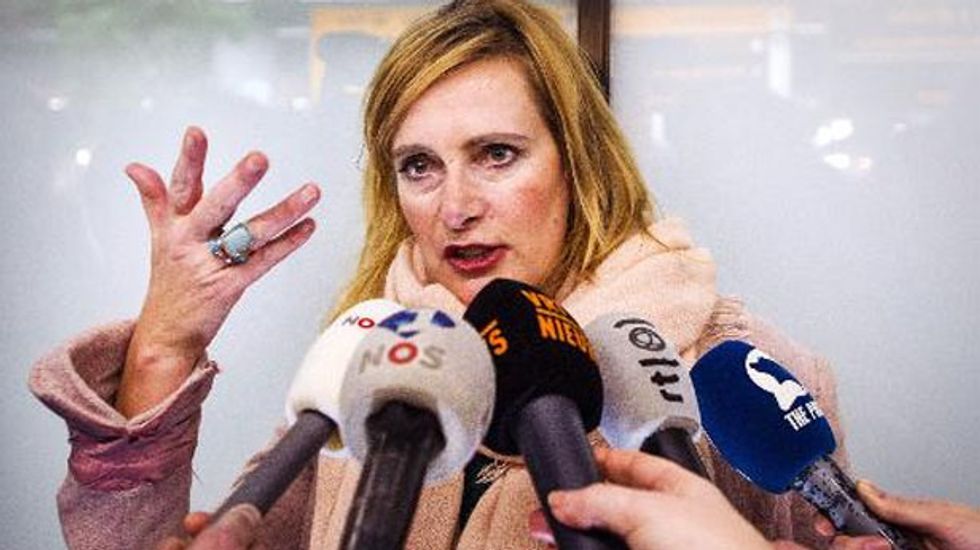 Dutch journalist Rena Netjes left Egypt on Tuesday after being accused of being part of a "terror cell" involving Qatari-owned broadcaster Al-Jazeera, her Amsterdam-based employer said.

"She has left Egypt," a colleague at BNR Nieuwsradio told AFP, asking not to be named.

Netjes flew out of Cairo early Tuesday after several days in hiding, following a crackdown on the pan-Arab satellite broadcaster which Cairo accuses of backing the Muslim Brotherhood ousted from power by the military in July.

Egyptian prosecutors announced last Wednesday they were charging 20 Al-Jazeera journalists for "airing false news" by portraying Egypt in a state of civil war.

The late December crackdown saw terror accusations levelled against the broadcaster's journalists including award-winning Australian journalist Peter Greste, two Britons and "a Dutch woman" -- now believed to have been Netjes.

Cairo accused them of "airing false news aimed at informing the outside world that the country was witnessing a civil war", among other charges, while 16 others, all Egyptians, were charged with belonging to a "terrorist" group.

Netjes said she was told by the Dutch embassy in Egypt that her name was on the list for prosecution because "I was supposedly a member of the 'Mariott terror cell'," referring to the hotel the pan-Arab broadcaster's English satellite network used as temporary offices.

"I had the shock of a lifetime," she said.

"I immediately realised what was going on... In December I had an appointment to interview one of Al-Jazeera's journalists because he is a Sinai specialist," she said.

Her passport was copied at the hotel "so it was easy to make a link."

The Dutch embassy "found a solution that I do not want to discuss, but they found a safe place for me and above all contacted the Egyptian authorities."

Netjes was told on Monday afternoon that she could leave the country.

Egypt's military-installed government cracked down on Al-Jazeera's affiliates following the overthrow of Morsi in July, accusing the broadcaster of pro-Brotherhood coverage.

Several other Al-Jazeera reporters also remain in detention, including Abdullah Elshamy, a journalist for the Arabic language station arrested on August 14.

The crackdown has raised concern by the UN's human rights office and protests from Washington as well as rights groups about press freedom in the troubled country.