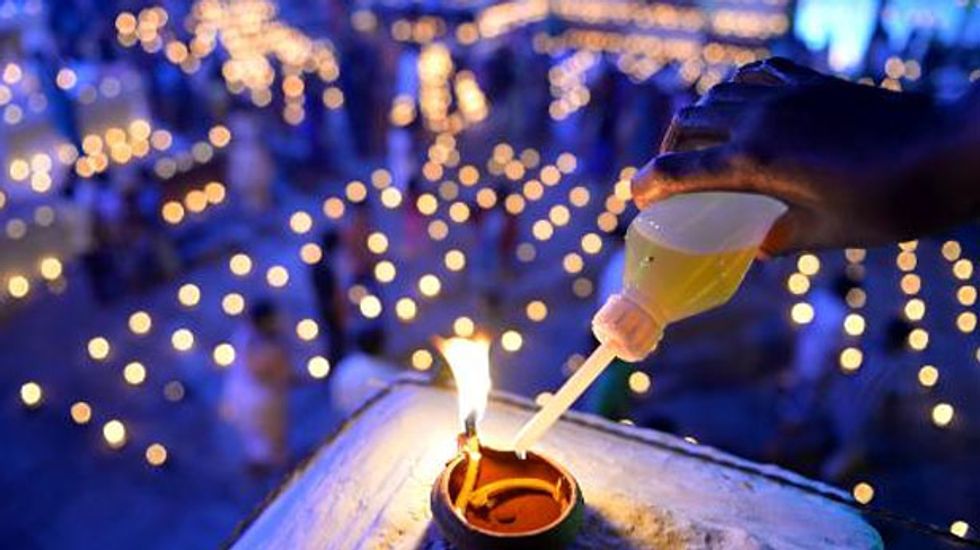 The wall of a cave leading to a popular Hindu temple in central India collapsed on Tuesday killing eight worshippers, including three young girls, police said.

State Home Minister Ram Sewak Pekra said the accident at Bildwar Cave in Chhattisgarh may have been triggered by blasts in nearby coal mines.

"Frequent blasts are carried out in the nearby coal mines and that could be the reason for the cave-in. We have asked the rescue team to do a thorough combing of the site to ensure no one else is trapped," Pekra told AFP.

Senior police officer Manisha Thakur told AFP that eight bodies had been recovered -- three were girls aged between 10 and 13, and five men.

?Three others are injured. They are in a serious condition,? said Thakur.

India has a long history of accidents at religious festivals and sites, with 18 killed at a stampede during a funeral procession for a Muslim spiritual leader in Mumbai last month.

Heavy machinery was still clearing the mound of debris at the cave into the evening on Tuesday after the collapse, which happened at around 5:00 pm (1130 GMT).

The temple is visited by devotees all year round.

Pekra said that a detailed investigation into the collapse would be carried out.