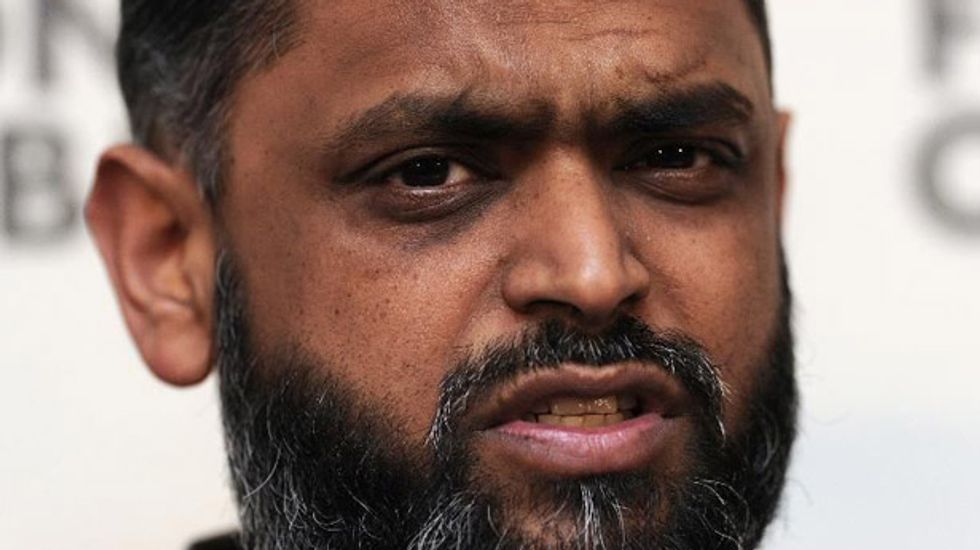 Begg was held in Guantanamo Bay, the detention camp at a US naval base on Cuba, for nearly three years after being arrested in 2002. He was released without charge in 2005.

On Tuesday, he was among four people arrested at their homes in Birmingham "on suspicion of Syria-related terrorism offences".

A 44-year-old woman and her son aged 20 were held on suspicion of facilitating terror abroad, as was a 36-year-old man at a separate address.

"We can confirm that Moazzam Begg was arrested," a West Midlands Police spokeswoman said.

"We are confirming this name as a result of the anticipated high public interest to accredited media.

"This is an arrest, not a charge, and... our naming does not imply any guilt."

The three homes were being searched by officers from the West Midlands Counter Terrorism Unit, while vehicles and electronic equipment were being removed for forensic analysis.

"All four arrests are connected," said Detective Superintendent Shaun Edwards, the WM CTU head of investigations. "They were pre-planned and intelligence-led."

The suspects were being held at a police station in the Birmingham area.