Federal judge: Same-sex couples can get married in Chicago and Cook County 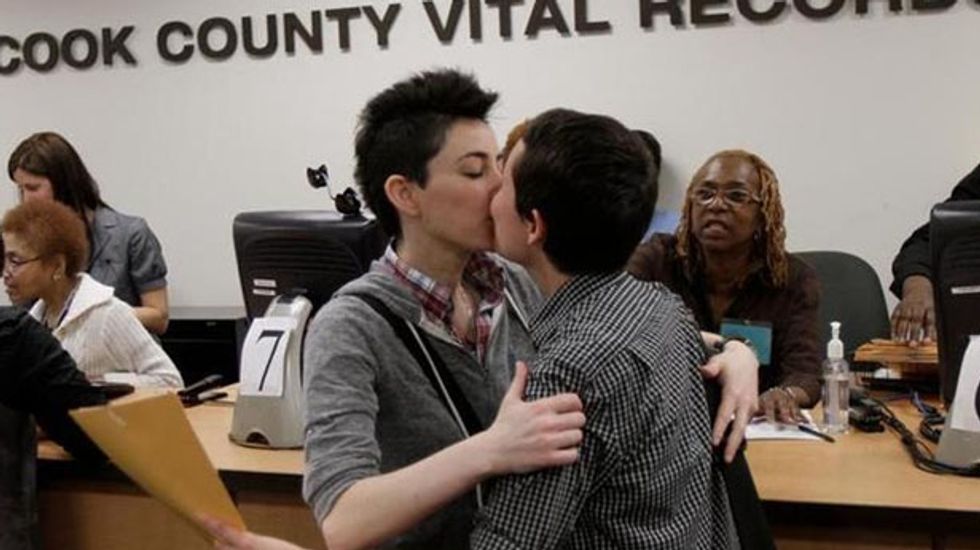 (Reuters) - Same-sex couples in Illinois' Cook County, which includes the city of Chicago, do not have to wait to wed until a new state law legalizing gay marriage takes effect in June, a federal judge ruled on Friday.

"There is no reason to delay further when no opposition has been presented to this court and committed gay and lesbian couples have already suffered from the denial of their fundamental right to marry," said U.S. District Judge Sharon Johnson Coleman in Chicago.

Coleman in December had ruled that Cook County same-sex couples could obtain an emergency marriage license ahead of June if one partner had a life-threatening illness, and some same-sex couples have been issued a license on that basis.

On Friday, she said the Illinois ban on same-sex marriage until June violated the couples' rights to equal protection under the U.S. Constitution, but her finding only applied to Cook County, based on the case brought to her.

In all, 17 states, including Illinois, and the District of Columbia recognize gay marriage in a trend that has gained momentum since the U.S. Supreme Court ruled in June that legally married same-sex couples are eligible for federal benefits.

(Reporting by David Bailey in Minneapolis; Editing by Cynthia Johnston and Gunna Dickson)