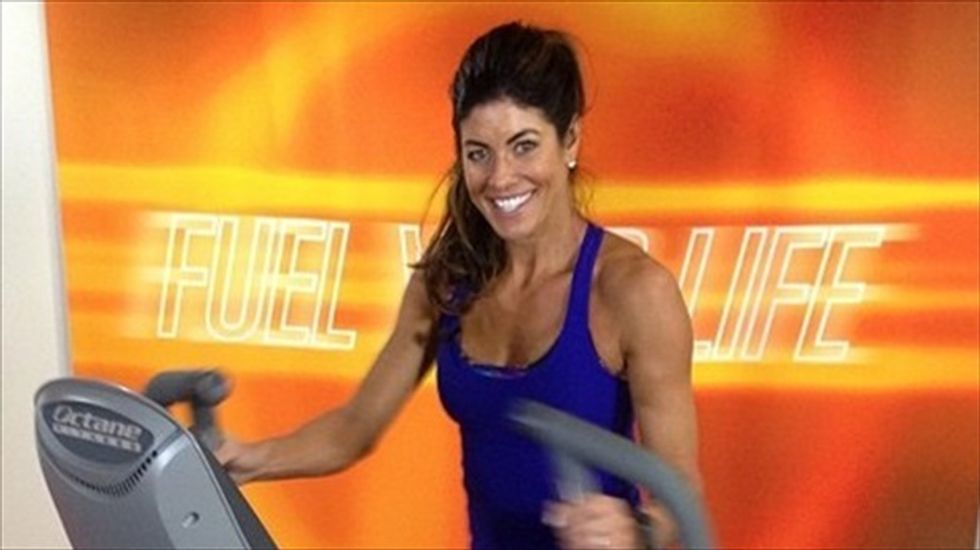 WASHINGTON (Reuters) - A dispute between two fitness equipment makers landed at the U.S. Supreme Court on Wednesday, giving justices a chance to consider how to deal with so-called patent trolls, companies that acquire patents to sue for infringement or extract licensing fees.

It and a second related case come to the court after Congress, the White House and the Federal Trade Commission attempted to address the issue for more than a decade.

Wednesday's cases focused on how to determine when a losing company in a patent case should pay the winner's legal fees because the case was frivolous.

The first case began when ICON Health & Fitness Inc sued a rival, Octane Fitness LLC, accusing Octane of infringing one of its patents on elliptical trainers.

Octane won, and asked to be reimbursed for the estimated $1.3 million it spent fighting the lawsuit. Both the U.S. district court and an appeals court that specializes in patents declined to award the fees.

Rudolph Telscher, a lawyer for Octane, argued that fees should be awarded because the company's case is "exceptional." The U.S. Patent Act, which dates to 1952, says that the court may award legal fees to the winning side "in exceptional cases."

"Let's say that I'm a district judge someplace and I rarely get a patent case," he said. "How am I supposed to determine whether the case is exceptional? Exceptional compared to what? I have very little basis for comparison."

As Telscher and the justices wrangled over whether fees should be given in "meritless cases," "exceptional cases," or because of "baselessness" or "bad faith," Justice Stephen Breyer homed in on the key issue.

Breyer cited a much-criticized tactic in which patent trolls send letters to companies or individuals accusing them of infringement while proposing a deal: an offer to license their patent for a fraction of the potential cost of a legal fight.

"All they (PAEs) did was say, 'We don't want to go to court and cost you $2 million. Please sent us a check for $1,000, and we'll license it for you. They do that to 40,000 people, and when someone challenges it and goes to court, it costs them about $2 million," he said, asking why that hypothetical case wouldn't be appropriate for fee shifting.

Attorney Carter Phillips, who argued for ICON, responded that the incident described by Breyer was "a very small slice of the problem of litigation."

"It may be a small slice of litigation, but it is a slice that costs a lot of people a lot of money," responded Breyer.

Phillips pressed on: "You know, the case you have in front of you, though, is not a case like that." Unlike patent trolls, ICON actually makes products, he said.

Major technology firms such as Google Inc and Apple Inc have long complained about PAEs, saying the litigation stifles innovation and costs billions of dollars in legal fees.

Patent litigation costs have grown from $7 billion in 2005 to $29 billion in 2011, when 8,842 lawsuits were initiated by PAEs against 2,150 companies, an official at tech company EMC Corp told a congressional panel in October.

Congress is considering legislation that would use attorney's fees to fight frivolous litigation.

In December, the U.S. House of Representatives approved a bill encouraging judges hearing patent cases to award fees to the winner of an infringement lawsuit, among other steps. A similar bill has been proposed in the Senate.

Wednesday's second case was also narrowly focused on the issue of legal fees.

In Highmark Inc and Allcare Health Management System Inc, health insurer Highmark was initially awarded attorney fees by the district court, but the court later tossed them out.

Highmark asked the court for the fees to be paid, citing statements by the district court that "Allcare had not done its homework when it began trolling for dollars and threatening litigation."

The court also said that Allcare continued to pursue "meritless allegations after the lack of merit became apparent."

In both cases, attorneys for the U.S. government urged the court to relax the standard for awarding attorney's fees to the prevailing side if the company alleging infringement did so frivolously.