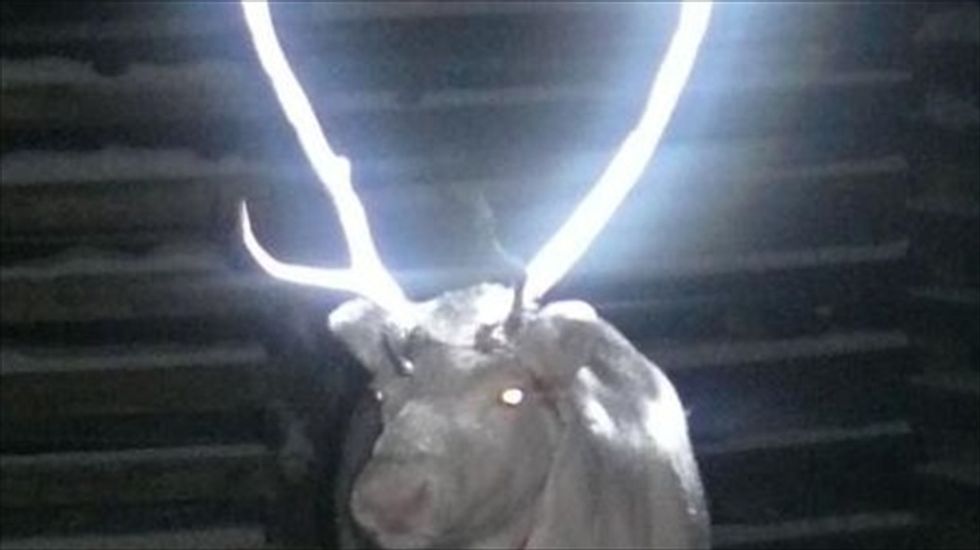 Glowing reindeer can be spotted in northern Finland thanks to a reflective spray which makes them more visible in a bid to prevent car accidents, Finnish reindeer breeders said Tuesday.

"We are hoping that it is so useful that we can use the spray in the entire region and on all reindeer, from young to old," said Anne Ollila, head of Finland's Reindeer Herders' Association.

The association has started testing two reflective sprays on the animals' antlers so they are more visible to motorists at night.

According to Ollila, there are between 3,000 and 5,000 accidents involving reindeer every year, which are "much deadlier for the reindeer than for the drivers."

The trial period started last week, when the association sprayed the antlers of 20 reindeer in the Rovaniemi district, the capital of the Lapland region.

The animals were sprayed with two different types of reflective liquid: a more permanent one for the antlers and one that washes away for the fur.

If the test gives positive results, the association plans to spray more animals next autumn.

Lapland, one of Europe's most sparsely populated regions, attracts thousands of tourists especially around Christmas as it claims to be the "home of Santa Claus".