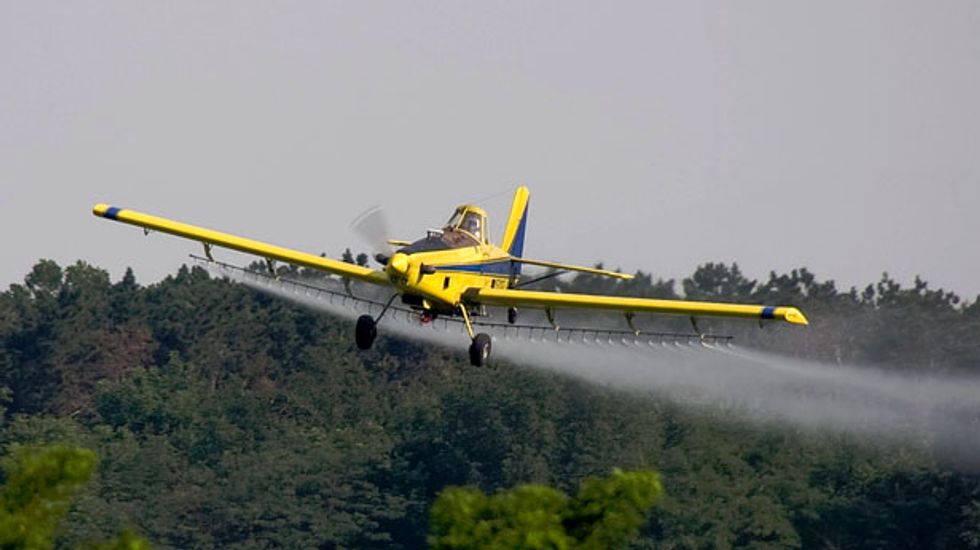 (Reuters) - A fire in a storage shed for sulfuric acid forced the evacuation of an entire northern Iowa town of about 2,000 people Thursday, officials said.

They said the fire started at about 7.30 a.m. CT in the shed at the municipal airport in Northwood. Four people living in the area went to a hospital with respiratory concerns, said Sgt. Scott Bright of the Iowa Highway Patrol.

Worth County emergency management officials told residents to go to Kensett, Iowa, about six miles south, the county said on its Facebook page.

"I could see the black smoke billowing up," Northwood resident Susan Mega said by telephone from Kensett. She said an odor similar to rotten eggs filled the air.