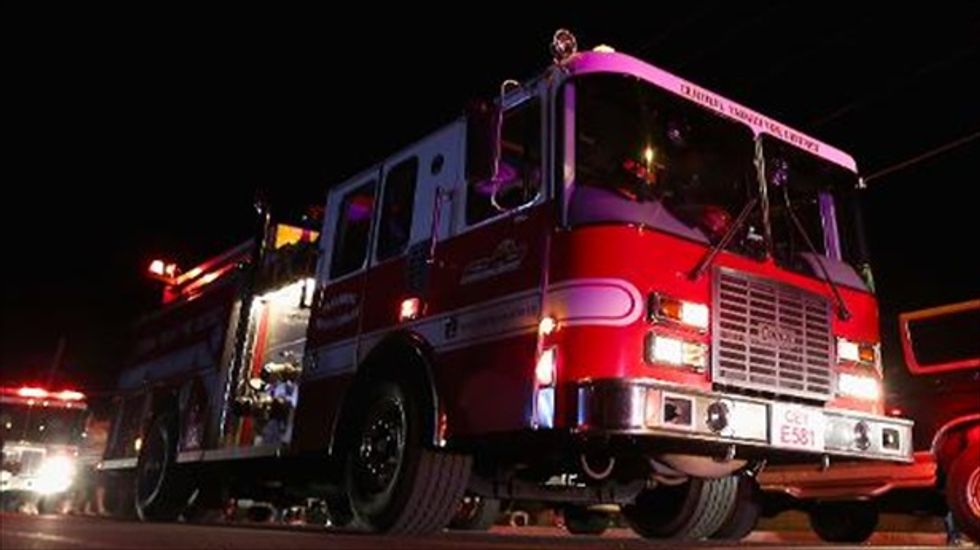 Firefighters scrambled Wednesday to contain an underground blaze at a US nuclear waste plant which sparked an evacuation of staff, some of whom were treated in hospital, officials said.

The blaze erupted on a vehicle carrying salt at the Waste Isolation Pilot Plant (WIPP) near Carlsbad, New Mexico, the US Department of Energy (DoE) said in a statement.

Emergency response teams responded to "an operational emergency" at the plant, which is used to dispose of radioactive waste left from making nuclear weapons.

"All underground personnel are accounted for and have been safely evacuated to the surface," it said, adding: "There is no waste in the vicinity of the fire."

Waste handling operations have been suspended while "multiple employees" were transported to a local hospital for potential smoke inhalation after the blaze, which erupted around 11:00 am, it said.

In an update a few hours after the incident, they said all those taken to hospital had been released, adding that officials "are working on a plan for safe re-entry to the WIPP underground."

The plan would have to be approved by the US Mine Safety and Health Administration, and "no time frame has been determined" for re-entry into the underground location.

No contamination escaped as a result of the fire, a spokeswoman for the site, Sona Herrick, told the Albuquerque Journal, adding that the truck involved hauls salt mined as part of the radioactive waste storage operations.

The New Mexico site is "the nation’s first repository for the permanent disposal of defense-generated transuranic radioactive waste left from research and production of nuclear weapons," according to the DoE.

The plant, some 270 miles southeast of Albuquerque, is used to dispose of material including plutonium-contaminated waste from the Los Alamos National Laboratory, about 300 miles away, also in New Mexico.

Carlsbad is about 70 miles from Roswell, the infamous site of a mysterious 1947 crash which spawned conspiracy theories that the military had covered up a UFO landing, and captured aliens inside the alleged extra-terrestrial craft.