Fla. woman arrested after calling 911 looking for her Corvette and some hot cop action 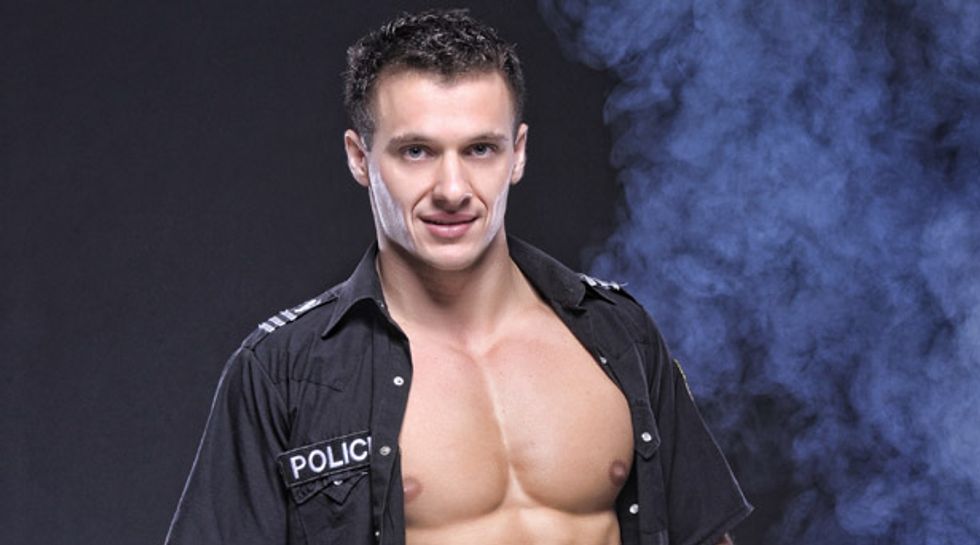 A Florida woman was arrested Friday evening for misusing the 911 emergency number and requesting dispatchers send an officer she had found attractive back to her home to have sex with her, according to NBC2.

Punta Gorda, Florida, police say the initial 911 call happened just after 6 p.m. , when Maria Montenez-Colon, 58, called police for help in getting her Corvette back.

After the officer arrived at the woman's home, Montenez-Colon told the officer he was sexy and asked if he was married, according to the incident report.

The officer noted that in his reported that Montenez-Colon was very drunk.

The officer then directed the conversation back to her 911 call and asked what he could do for her, to which she replied: "You can [expletive] me."

After the officer demurred, she explained to the officer that she had signed ownership of the Corvette over to her step-son after her husband died and that she wanted it back.  As she relayed her story to the officer she repeatedly tried to grab his arms and and rub her hands on his chest.

The officer then explained to Montenez-Colon that he could nothing for her, and left her with a card with the department's non-emergency phone number for future use.

An hour later, Montenez-Colon called 911 again, complaining that the officer who had come to her home had "pissed her off."

When the original officer returned along with a second officer, Montenez-Colon explained to the second officer that the originating officer was "... a perfect gentleman, but when I asked him to [expletive] me, he turned me down so that made me angry."

The original officer asked Montenez-Colon if she remembered the conversation about misuse of 911, and she allegedly replied, "I do, but how else am I going to get you to [expletive] me?"

Montenez-Colon was arrested for misusing the 911 emergency number and was booked into the Charlotte County Jail.

Watch the NBC2 video below: