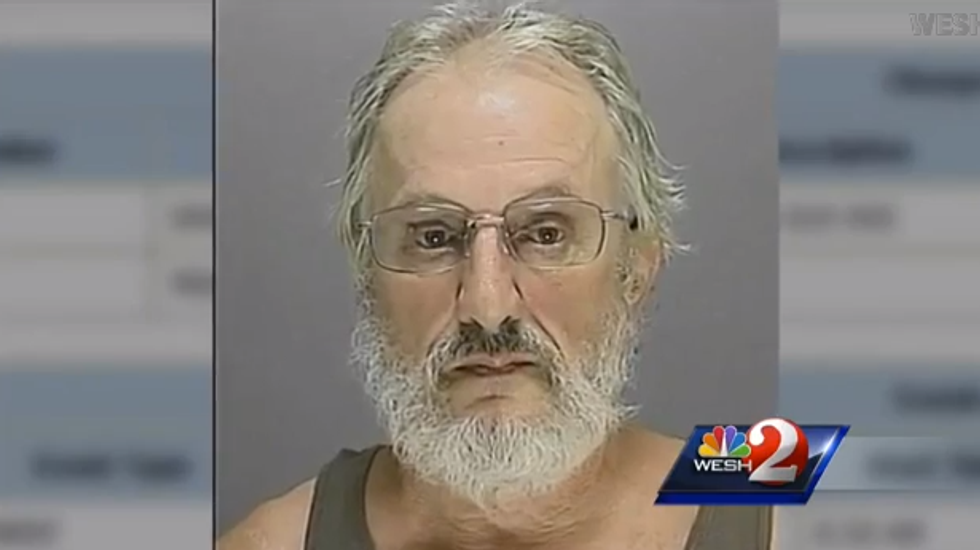 A Florida man apparently posed as a friend’s brother, had him removed from life support, and stole more than $100,000 from him, according to the dead man’s relatives.

Roger MacKinnon suffered chest pains May 30, 2011, four years after losing his wife when tornadoes destroyed their Lake County home, and asked a friend and drinking buddy to take him to a hospital.

The widower’s heart stopped during an exploratory procedure, reported WESH-TV, and he fell into a coma and was placed on life support.

About a week later, police said, the friend, Richard Leclair, and his wife met with MacKinnon’s doctor and authorized Florida Hospital DeLand to remove him from life support, and the Navy veteran died two days later.

Police said Leclair had been named the beneficiary of MacKinnon’s bank account and collected $106,000 after his friend’s death.

He later pleaded no contest to grand theft and trespassing and was sentenced to probation and ordered to repay MacKinnon’s son $6,000 for the items he removed from the home.

DeLand police recommended that prosecutors charge Leclair with fraud for misrepresenting himself to hospital officials, but they declined to file charges, citing lack of evidence.

MacKinnon’s family has sued Florida Hospital, claiming it did not properly verify Leclair’s identity before he signed the “do not resuscitate order,” which lists him as the ailing man’s stepbrother.

The lawsuit was thrown out last month on a technicality, but the family’s attorney has asked the court to reconsider.

Florida law does not outline verification requirements in such situations, but a spokeswoman for the state agency that regulates health care providers says they are obligated to make such a verification.

"While there is nothing that specifically states a hospital must check the identification of the person making such decisions, the hospital would have an 'unwritten' obligation to make sure that the proxy was appropriately authorized," said Shelisha Coleman, from the Agency for Health Care Administration.

An attorney for MacKinnon’s family said Leclair knew his friend had a son, daughter, and biological brother, although he told the hospital the man had no other living relatives.

A hospital spokesperson declined to comment on the investigation, and WESH reported that the hospital had not answered a request for its protocol for end-of-life decisions.

Watch this video report from WESH-TV: