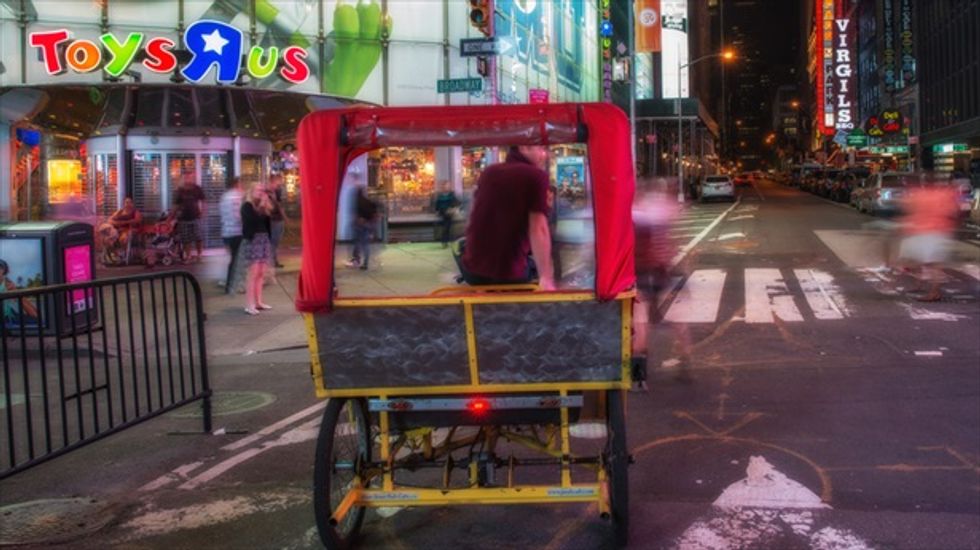 A 28-year-old Florida pedicab driver is accused of raping one of his customers after taking her into a wooded lot instead of her destination.

WFTV-TV reported on Monday that George Brainard was arrested and charged with sexual battery after another pedicab driver, Nick Colavito, spotted the alleged victim following her encounter on Friday with Brainard.

"The girl that this happened to was like crawling out of the woods with her pants half off with leaves all over her, hysterical crying," Colavito told WFTV. "I was like, 'Oh my God, what happened?'"

The Daytona News-Journal reported that the woman hailed Brainard for a ride after being separated from her friends following an event at the Daytona International Speedway.

Authorities said Brainard told the woman he would not charge her for the ride if she had sex with him, then took her to the lot and attacked her after she refused.

Daytona Beach Police Chief Mike Chitwood told the News-Journal that, while this is the first rape investigation connected to a pedicab driver, his office has received numerous complaints regarding them, usually involving rude behavior and bad driving. Unlike taxi cab companies, Chitwood said, pedicab companies like the suspect's employer, Readi Pedi, are not required to require drivers to pass criminal background checks.

Brainard pled no contest in 2004 to charges of bringing a weapon onto a local high school campus. He served two years' probation. He is currently being held at the Volusia County Branch jail on $25,000 bail.

Watch WFTV's report on the alleged attack, as aired Monday, below.