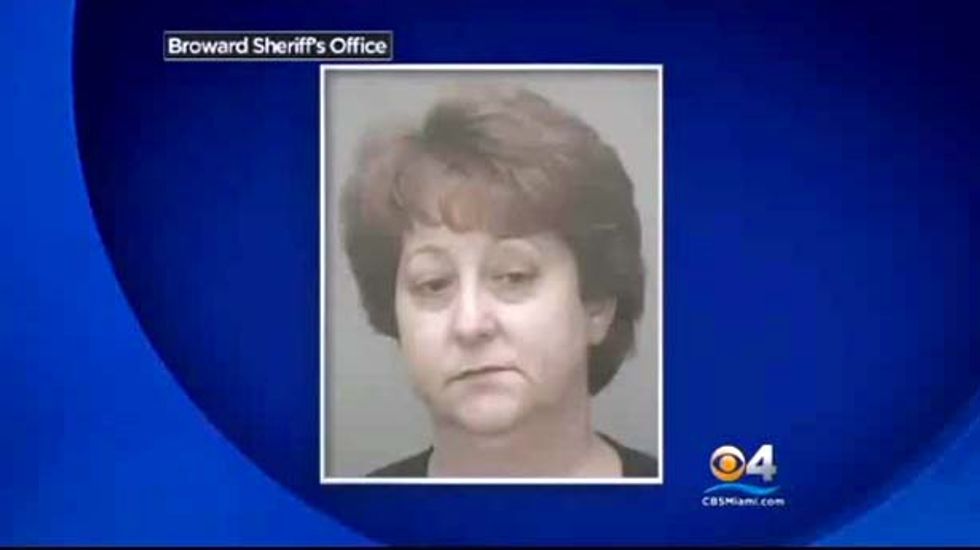 A Florida teacher is facing battery charges after allegedly forcing a 10-year old student unclog a urinal with his bare hands.

The Sun Sentinel reports that Jennifer King Forshey, 58, of Hollywood, Florida is accused of ordering the student to remove wet wads of paper towels from a urinal in a boys' restroom at Broward Community Charter School on Feb. 6.

Forshey was arrested Wednesday and charged with battery on a child by exposure to urine.

The student told investigators the paper towels were soaked with someone else's urine so he tried to use dry paper towels to pick them up, but the pooled urine seeped through. According to police, Forshey, who did not provide the child with safety equipment to clean the urinal, had accused the student of being the one who caused the clog.

According to the police report, the student, his hands smelling of urine, went to the dean's office afterwards because there was no soap in the bathroom.

The report stated: "Victims hands were saturated in what smelled like urine from the urinal and the paper towel that was in the urinal"

Following her arrest, Forshey told investigators that, "She only thinks what she did was wrong because she is in trouble for it. Otherwise, she does not see anything wrong with exposing a child to urine."

Video below from CBS Miami: