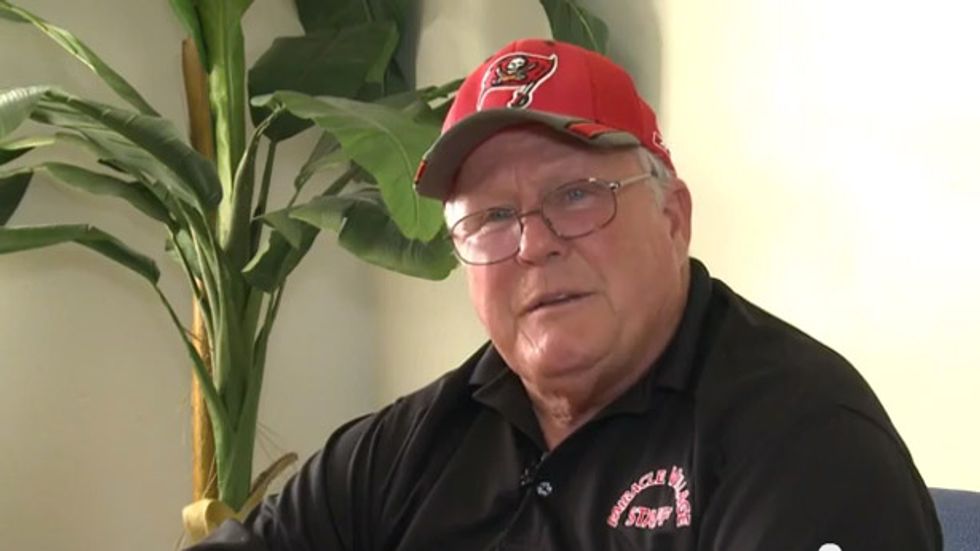 Until the 1960s, sugar cane workers from the Caribbean used to live here for part of the year. Then mechanisation took over, meaning sugar companies needed far fewer workers, and the plantation fell into disrepair.

Today, the lawns are well-kept and most of the houses are either renovated or in the process of being refurbished by residents.

“Nobody is forced to live here,” Powers explains.

But for most, Miracle Village was the only choice.

Finding a place to live after prison proved to be an almost insurmountable challenge for Powers, as Florida law forbids any sex offender from living within 1,000 feet (about 300 meters) of a school, playground or park.

And even after offenders find homes that meets all residency requirements, landlords often refuse to rent to them.

As a result, hundreds of sex offenders in Florida are believed to be homeless, living under bridges or in the wilderness.

But residency requirements are not the only impediments to starting a new life.

Each US state runs a website that allows any citizen to view the address and personal information of anyone ever convicted of a sex crime.

Deep in the swamps of southern Florida, Miracle Village lies miles away from the nearest town, surrounded by sugar cane fields. Nearby, the irrigation canals are swarming with alligators.

While the name suggests an idyllic rural getaway, the former plantation near Pahokee now is almost exclusively home to men who spent time in prison for sex crimes.

“Between 115 and 120 sex offenders live here at the moment,” says Pat Powers, a Miracle Village resident and its executive director.

A burly man in his 60s, Powers spent 12 years in prison for molesting a minor under the age of 16. He now attends weekly therapy sessions and works tirelessly to maintain the community’s church with its mouldy ceilings, a result of the unyielding heat and humidity, even in winter.

This makes finding a job particularly hard, and even daily trips to the supermarket can become a hassle.

“You go to a store, Wal-Mart, or you go grocery shopping, and as soon as you walk in, there is a bulletin board, and it’s got your picture on it. Somebody sees you — next thing you know, you’ve got cops all over you. Everywhere you go, you are harassed,” says resident David Woods.

“Once you are in the registry, you are on it for life,” Powers adds. “Even after you die, you stay on the registry.”

Powers readily admits that this may be a fair punishment for having molested a child.

But he thinks different rules should apply to younger offenders such as 19-year-old Matthew Richey, one of the new arrivals in Miracle Village.

Richey was a minor himself when he had sex with his then 15-year-old girlfriend. He says he doesn’t believe his name should be on the registry with rapists and paedophiles.

“It doesn’t matter what the crime was, you are automatically called baby rapist ... horrendous sex crimes and they all lump them together — there is no difference, they don’t care,” Richey says.

Making the whereabouts of sex offenders available is meant to “give the public access to information important to their ability to protect themselves and their families against sexual offenders,” according to the Florida Department of Law Enforcement website.

The state was the first to make the information available on the Internet in 1997. The site now has over 40,000 entries with picture, address and conviction records.

But critics say the public nature of the registry hinders efforts of those who want to become productive members of society again.

“People should be punished but we have an issue that once they get out and their probation is over, once their punishment is over, the laws in place work against their rehabilitation,” says Sandy Rozek of the all-volunteer organisation Reform Sex Offender Laws Inc.

Rozek warns the restrictions and the public registry create a “subculture of people considered less than human. Re-entry is what research shows will keep the recidivism down.”