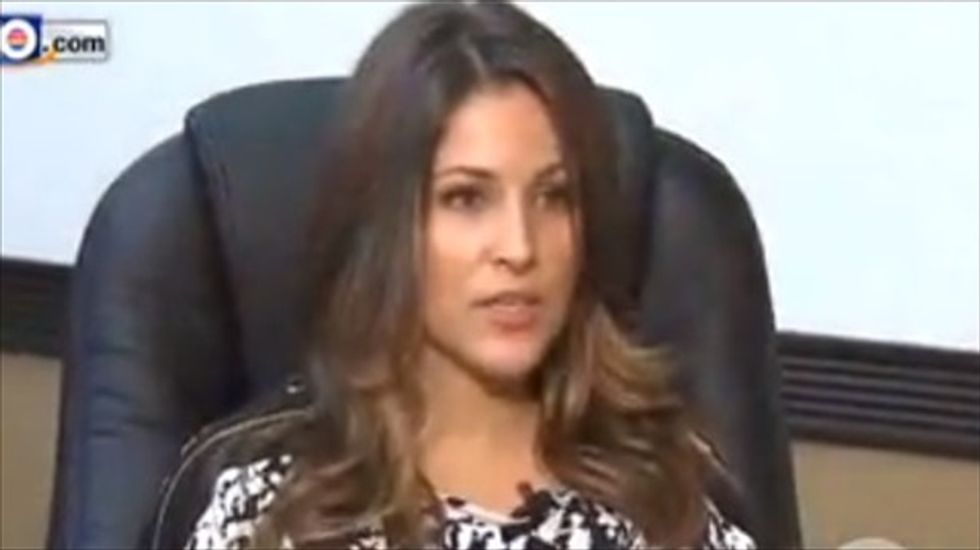 A Florida woman is suing her local sheriff's office for allegedly using excessive force against her during a traffic stop after informing the officer she was recording the encounter.

WPLG-TV reported on Tuesday that 33-year-old Brandy Berning spent a night in jail after being arrested by Lt. William O'Brien in March 2013, but was never charged. Regardless, she plans to sue the Broward County Sheriff's Department for his conduct.

Berning was pulled over for driving in a high-occupancy lane, at which point she began recorded audio of the traffic stop. About 15 seconds into her recording, she informed O'Brien, "I have to tell you, I forgot to tell you I was recording."

"I have to tell you, you just committed a felony," O'Brien can be heard saying. "Give me your phone."

When she refused, O'Brien allegedly entered her car through the passenger-side door and tried to grab the phone from her, saying, "I know the law better than you." Berning can be heard saying, "Get off of my key right now" in an agitated tone, and telling him, "get off of me." She was arrested and jailed for one night, though charges of resisting arrest and traffic violations against her were dropped.

"I had a bruise on my cheek, and my leg got cut," Berning told WPLG. "I had a scar on my leg. Three large wound scrapes down my leg. And there was a rock lodged in my leg. He had sprained my wrist."

Though state law requires consent from both parties before a conversation may be recorded, the Justice Department has supported individuals' rights to record official police interactions.

O'Brien's former colleague at the department, ex-deputy Paul Fletcher, is currently on trial for allegedly attacking a woman while off-duty following a roadside argument. Fletcher allegedly tried to destroy the woman's cell phone after she began recording the encounter, though authorities later recovered her video. Police said at the time that Fletcher determined the phone could be a "concealed weapon."

Watch WPLG's report on Berning's encounter with O'Brien, as aired on Tuesday, below.