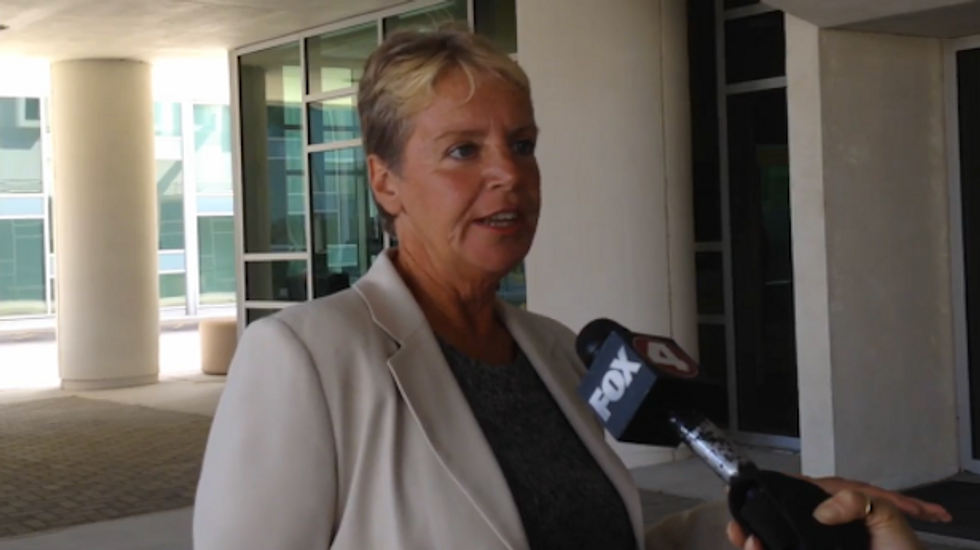 A magistrate ruled last week that a Florida woman must hook up to city utilities or face possible eviction from her home.

The magistrate ruled that Speronis must pay for water service and ordered her sewer capped until she did so, reported The News-Press.

“This resident provided testimony at the code compliance hearing that she has been living in the home for the past year and using the city’s wastewater system without paying for the service,” said Connie Barron, a spokeswoman for the city.

But the magistrate also ruled that the city had overstepped its authority and may have violated due process procedures by failing to give Speronis proper notice of the alleged violations.

Several liens have been placed on her home because Speronis had been using the drains but hadn’t paid her water bills.

Speronis said she had no intention of connecting to city utilities and vowed to appeal the magistrate’s decision.

Her attorney said the city’s code contained an inherent conflict because Speronis must hook up to the water system, even though officials admit she doesn’t have to use it.

Barron said the sewer should have been capped much sooner but city officials decided to wait until the code hearing had been completed.

Speronis said she intends to dispose of her waste as dog owners do for their pets, and she plans to collect wastewater in containers and use it for her garden.

Speronis collects rainwater for washing and other purposes and generates electricity with solar panels.

City officials had ignored her actions until she discussed her living situation with a local TV reporter.

“What happens in the courtroom is much less important than touching people’s hearts and minds,” Speronis said. “I think that we are continuing to be successful in doing just that and I am so pleased. There is hope.”

Watch this interview with Speronis posted online by The News-Press: