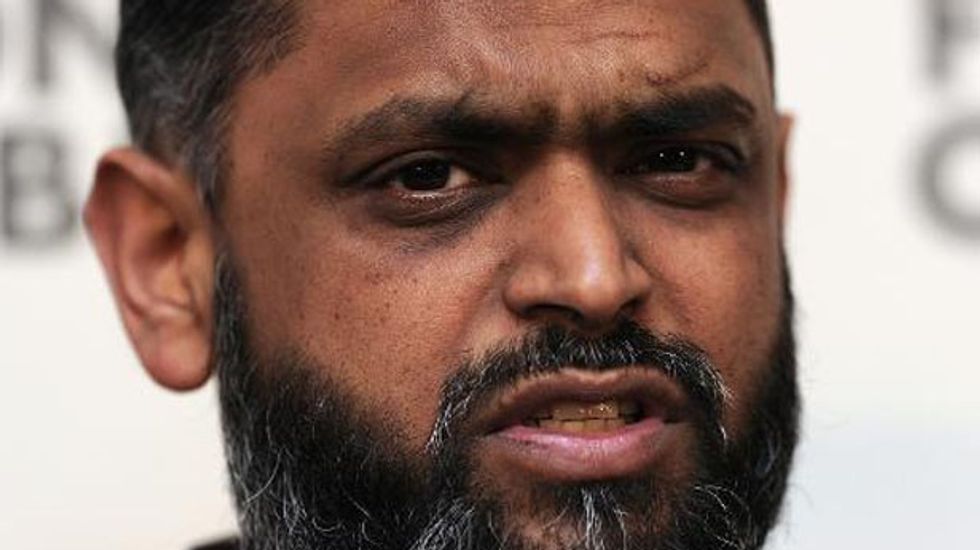 British police arrested former Guantanamo Bay detainee Moazzam Begg and three other people on Tuesday in the latest in a string of detentions linked to suspected terror offences relating to Syria.

Begg, who spent three years in the US detention centre in Cuba before his release without charge in 2005, was arrested by counter-terrorism officers in Birmingham.

The 45-year-old, who is now an outspoken rights activist, was arrested at his home on suspicion of attending a terrorist training camp and facilitating terrorism overseas, said West Midlands Police.

Begg had written in a blog earlier this month about making two trips to Syria in 2012 to investigate allegations of western complicity in torture and said that British authorities had recently confiscated his passport.

A 44-year-old woman and her son aged 20 were held on suspicion of facilitating terror abroad, as was a 36-year-old man at a separate address, police said.

"We can confirm that Moazzam Begg was arrested," a West Midlands Police spokeswoman told AFP.

"We are confirming this name as a result of the anticipated high public interest. This is an arrest, not a charge, and... our naming does not imply any guilt."

Begg moved to Afghanistan with his wife and three children in 2001, where he insisted that he was only involved in charitable activities, but fled to Pakistan after the US-led invasion to topple the Taliban after 9/11.

He was detained in Islamabad as an "enemy combatant" in February 2002 and taken to the Bagram prison in Afghanistan for about a year, where he said he was beaten.

US authorities released him and three other Britons in January 2005 and he was allowed to return to Britain where he was arrested by the police before being freed without charge.

Begg is now a director of Cage, a campaign group for detainee rights.

Police said all the suspects including Begg were arrested at their homes "on suspicion of Syria-related terrorism offences" and are being held at a police station in the Birmingham area.

The three homes were being searched by officers from the West Midlands Counter Terrorism Unit, while vehicles and electronic equipment were being removed for forensic analysis, the force said.

Britain has seen a major increase in Syria-related arrests in recent months but Begg is the first former Guantanamo detainee to be arrested in Britain in connection with Syria.

He wrote in a blog earlier this month that he had travelled twice to Syria in 2012.

On the first trip in July 2012 he said he met former prisoners held by the Assad regime as well as alleged victims of renditions by the United States and Britain.

During the second visit in October 2012 he said he met current and former prisoners and visited refugee camps.

Begg said he also had a meeting with Britain's domestic intelligence service MI5 before the second trip after agents said they wanted to discuss the potential radicalisation of fighters returning from Syria.

His Twitter feed in recent weeks has carried several posts downplaying the terror threat to Britain from people travelling to Syria.

Birmingham-born Begg has admitted to briefly fighting in Bosnia in the 1990s. During his time in Guantanamo US authorities suspected Begg at the time of recruiting people to join Al-Qaeda at training camps, and of donating funds to the group, which he denies.

Britain says hundreds of its nationals are believed to have travelled to Syria to fight.

Immigration minister James Brokenshire said on Sunday that the issue was a "big problem" and that security forces were "vigilant" about those travelling between Britain and Syria.

Earlier this month British police searched a home in Crawley as part of an investigation into reports that a man named as 41-year-old Abdul Waheed Majid was responsible for a suicide attack in Syria.