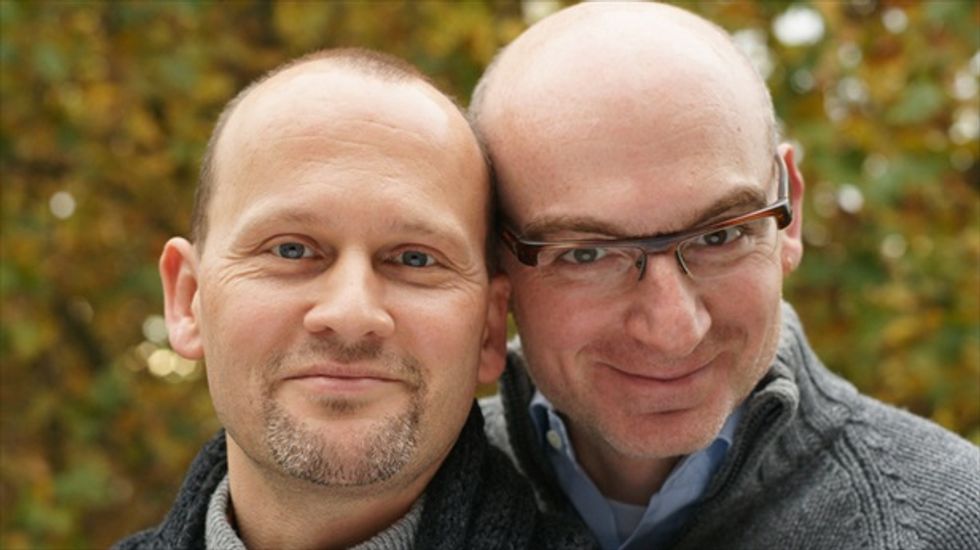 (Reuters) - A gay couple in Ohio filed a federal lawsuit on Tuesday, charging they were unable to obtain family coverage under President Barack Obama's healthcare reform law because the state of Ohio does not recognize their same-sex marriage.

The plaintiffs, Alfred Cowger and Anthony Wesley of Gates Mills, Ohio, have been together since 1986 and were married in New York state in 2012, six years after adopting a daughter, according to the suit filed in U.S. District Court in Ohio.

The suit names the U.S. government and the state of Ohio as defendants, charging they violated the plaintiffs' constitutional rights by refusing to recognize their married status, thereby preventing them from enrolling in family coverage under the Affordable Care Act, commonly known as Obamacare.

The plaintiffs said they had been covered under the same policy for the past 15 years, which included their recognition as "domestic partners." Their daughter also became covered under their policy at the time they were granted custody in 2006.

After the family moved to the Cleveland area from Pennsylvania in 2010, the three were covered under the same non-group family health insurance policy purchased from Anthem Blue Cross and Blue Shield of Ohio.

With Cowger starting to scale back his law practice in early 2013 and Wesley retired from his job as a chief financial officer, the couple faced reduced income and became interested in family coverage under the Affordable Care Act.

After initially being unable to enroll in Obamacare because of glitches involving the troubled rollout of the healthcare.gov website, they said in the suit that they were assured by Anthem they could remain under its policy after December 2013, although premiums would increase by about 20 percent.

But in November, according to the suit, Cowger said he received a letter from Anthem stating their policy "was to be terminated because it was not in compliance with the ACA."

A new family policy with Anthem would cost about twice their existing one, or about half the family's joint income, and not be eligible for tax credits under Obamacare.

Cowger said he returned to the ACA marketplace and logged some 100 hours trying to obtain family coverage. He said in the suit he was repeatedly told by marketplace representatives that he and his spouse should be able to obtain a family policy because they were legally married in New York and planned to file a joint 2013 tax return.

"However, each time, Cowger would ultimately be told that it was determined that plaintiffs could not purchase a family policy since their legal marriage in New York, recognized as valid for federal tax purposes, was not deemed valid to obtain a family policy under the ACA," the suit said.

Ultimately facing the loss of all health coverage at the end of 2013, Cowger and Wesley were forced to obtain separate individual health insurance policies from the marketplace, their lawsuit said.

The inability of Cowger and Wesley to get family coverage under Obamacare created further complications that also ultimately required them to get a separate policy for their daughter, the suit said.

"As a result, the Cowger-Wesley family went from one family policy in 2013 to three different individual policies," it added.

Ohio state officials could not immediately be reached for comment.

U.S. Health and Human Services spokeswoman Joanne Peters said in a statement: "We are aware that same-sex married couples in some states are experiencing issues in obtaining family plans and (are) looking into ways to address this issue for the 2015 plan year."

"While we work to address this situation, same-sex married couples can use their tax credit to buy individual policies for each spouse if they are unable to obtain a family plan in their current state," she said.