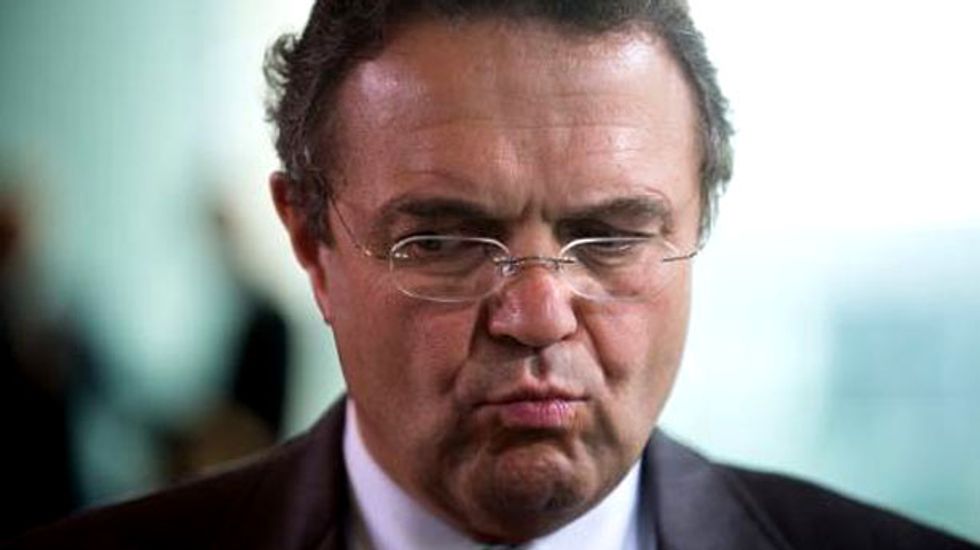 Agriculture Minister Hans-Peter Friedrich, in his former post as interior minister, tipped off the party leader of a prominent lawmaker whose name had cropped up in an international probe, Friedrich's spokesman said.

The move dates back to October, a month after German general elections when Chancellor Angela Merkel's conservatives were in the process of building a coalition government with the centre-left Social Democrats.

Friedrich, a conservative ally of Merkel in her left-right "grand coalition", insisted Friday he did not believe he had done anything wrong politically or legally but said he would resign if a legal inquiry was launched.

Merkel had held an "intensive discussion" with Friedrich on Friday, said her spokesman Steffen Seibert, adding that the minister "is aware of the dimension of the case".

The case has blown up after news broke early in the week that searches as part of a child pornography investigation had been carried out at the home and offices of Social Democrat (SPD) lawmaker Sebastian Edathy.

Edathy -- who has gained prominence for heading a parliamentary panel into the shock 2011 discovery of a neo-Nazi killer cell -- had stepped down from his Bundestag seat days earlier citing health reasons.

He has vehemently denied in an Internet-posted statement being in possession of child pornography.

Public prosecutors said Friday their investigation into Edathy related to allegations he had obtained material that "bordered" on child pornography.

The head of the Hanover public prosecutor's office Joerg Froehlich also expressed dismay and incomprehension that information about the investigation into Edathy had been passed on.

He told reporters that despite the prosecutor's discretion, a lot of information had ended up in the public domain which "dismayed me, dismayed my office deeply".

Friedrich said in a statement that in passing on the information to SPD leader Sigmar Gabriel, who is now Merkel's economy minister and vice chancellor, he had acted "to the best of my knowledge and conscience".

Opposition members have called for Friedrich to step down, in the worst turmoil to have hit the two-month old coalition.