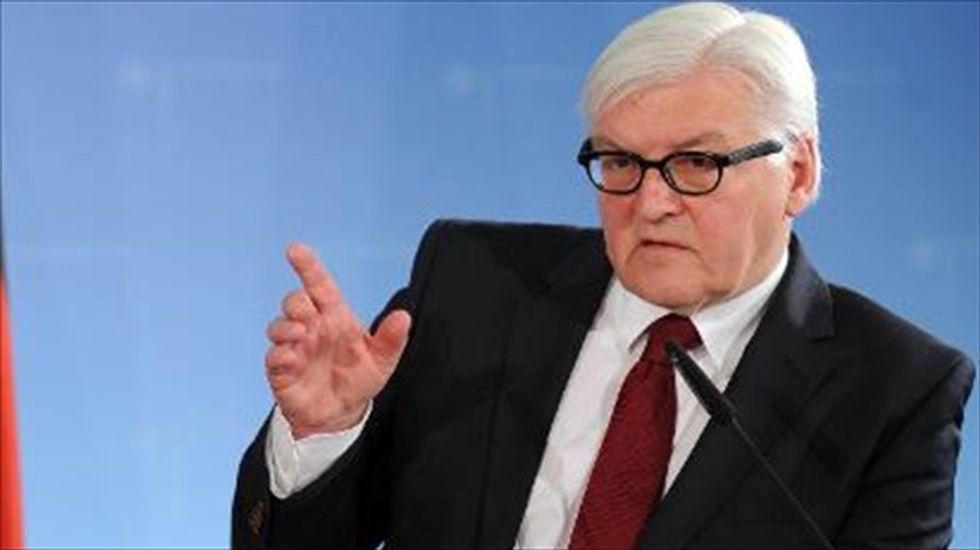 Germany's foreign minister voiced concern Wednesday over media freedom in Egypt, which has detained a number of Al-Jazeera broadcast journalists accused of being part of a "terror cell".

Berlin sees "developments that cause us concern" in the areas of freedom of expression and freedom of the press, said Frank-Walter Steinmeier in a meeting with his Egyptian counterpart Nabil Fahmi.

"It is important for our bilateral relations but also for the political process in North Africa that Egypt succeeds in the transition to a consolidated democracy," Steinmeier added at a joint press conference in Berlin.

Cairo has accused Qatari-owned satellite broadcaster Al-Jazeera of backing the Muslim Brotherhood, which was ousted from power by the military in July, and of falsely portraying Egypt in a state of civil war.

The crackdown has raised concern from the UN's human rights office and protests from Washington as well as rights groups about press freedom in the troubled country.

Separately, last week two journalists and a driver working for German ARD public television were attacked and wounded by a crowd as they covered a car bomb that struck the Cairo police headquarters.

The Egyptian foreign minister said that "we declare our commitment to building a democratic and free state which is open to all peaceful ways of expression... under the constitution and the law".

Speaking through an interpreter, he added that Egyptian authorities had stressed that all media, including foreign media, "are welcome", but added that "it is no secret that Egypt faces terrorist threats".