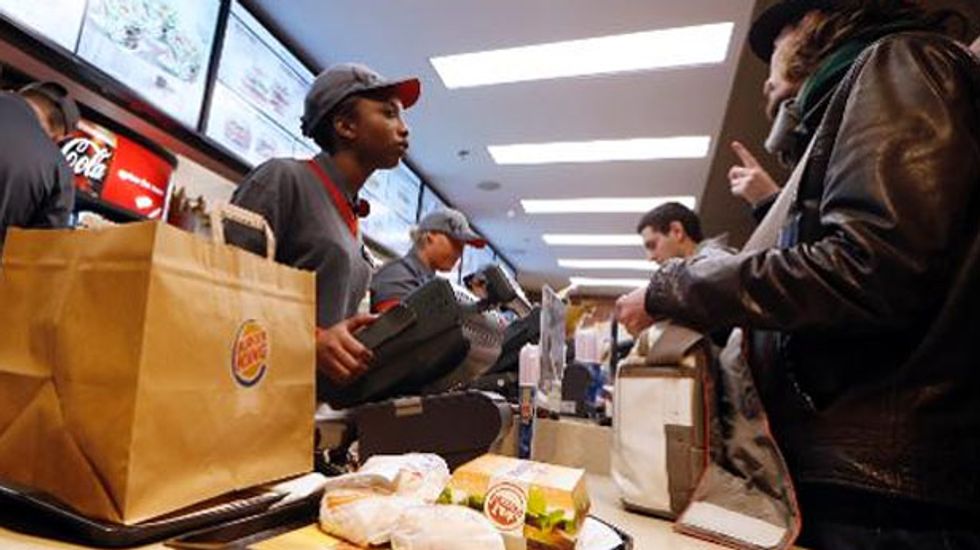 The hamburger may be a quintessentially American food, but is fast winning over the French who increasingly choose a beef patty wedged into a bun over a baguette sandwich.

Research by the Gira marketing and consulting firm found that nearly one of every two sandwiches sold in the country last year was a burger, up from one in nine in 2000.

Although the French are famously proud of the their cuisine, Gira found that burgers are making inroads into traditional restaurants.

Gira's director Bernard Boutboul said the firm found "seventy-five percent of traditional French restaurants offer at least one hamburger on their menu" and that a third of said burgers were beating out steak or fish dishes.

While fast food chains such as McDonald's dominate the market, Gira found that restaurants accounted for a quarter of the 970 million burgers sold in the country last year.