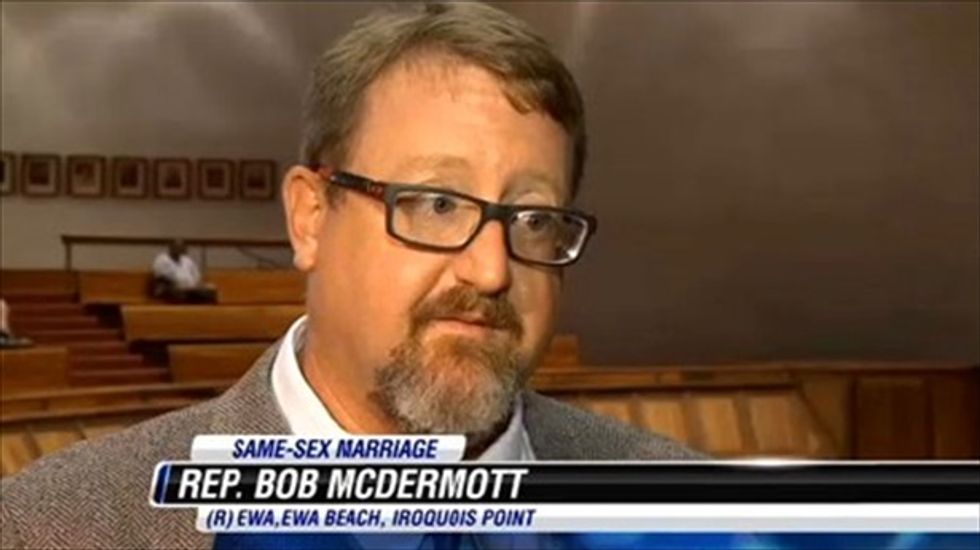 A Hawaii state lawmaker is waging a campaign against his state's comprehensive sexual education program, in part by publishing a report citing conservative figures like Fox News contributor Charles Krauthammer.

According to the Hawaii Reporter, State Rep. Bob McDermott (R) is pushing for the state to revise or discontinue the Pono Choices program, which was approved by the state Department of Education.

Pono, named after a Hawaiian word meaning "the right way," is designed to be taught to students between the ages of 11 and 13 as a 10-hour curriculum incorporating what it describes "medically accurate teen pregnancy and STI prevention terminology" appropriate for the age group.

The report also criticizes Pono for presenting scenarios involving gay and lesbian couples as regular relationships, saying same-sex relationships are "an anomaly among the general population," while citing a 1993 Seattle Times column by Krauthammer arguing that parents naturally steer their children towards heterosexuality, in part because "gay life is particularly hard. One wishes to minimize, to the extent that one can, the burdens one's children will have to bear."