Houston police kick veteran with service dog out of restaurant: 'You're not blind' 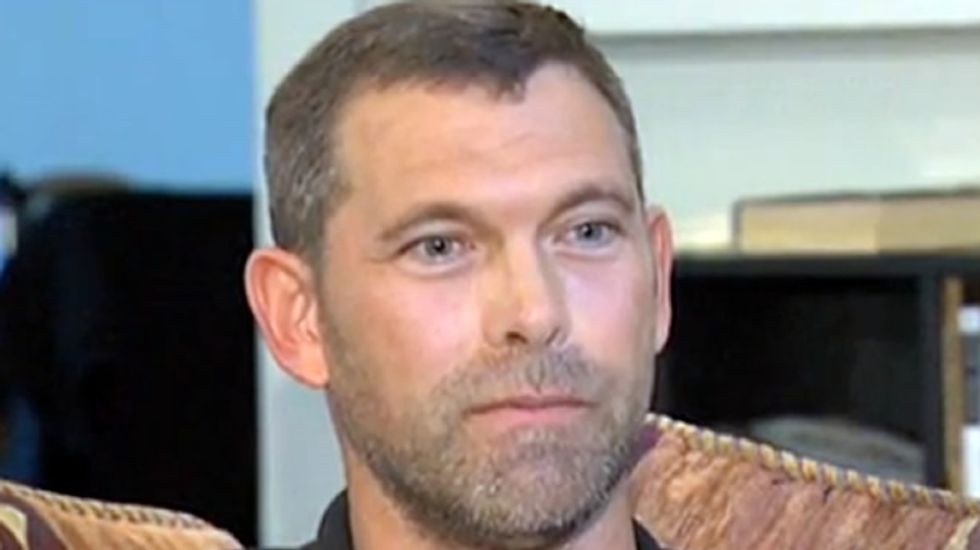 A twenty-three year veteran of both the U.S. Army and Navy who suffers from post-traumatic stress disorder (PTSD) says that a police officer asked him and his service dog, Bandit, to leave a Houston area restaurant because "you're not blind."

Aryeh Ohayon claims that Bandit is there to help him cope if "I start to go into a panic attack, or into a flashback mode." Memories acquired during his twenty-three years of service have left Ohayon struggling with depression, in addition to PTSD.

But none of that mattered when he attempted to have dinner at a Thai Spice Buffet II, which denied him service. He called the police to inform them of the denial, and when an officer arrived, he was as unsympathetic as restaurant employees.

"I told him what my disabilities were," Ohayon told KHOU11. "That’s when he said, you’re not blind, I don't see why you need the dog."

"It feels like your service and experience that you’ve done to defend and uphold the Constitution and protect this country have been belittled," Ohayon said.

Last year, Texas Governor Rick Perry signed a bill that made it a misdemeanor to refuse entry to service dogs, irrespective of the disability of their owners.

Houston Police claim that the officer who responded to the call contacted the Harris County District Attorney's Office and was told that Thai Spice Buffet II was allowed to bar the door to Ohayon because it is a private establishment.

The manager of Thai Spice Buffet II told KHOU11 that she believes her employees acted appropriately, but that she would be looking into the incident.

This is but the latest in a string of refusals to allow service dogs to accompany veterans with mental disabilities like depression or PTSD. Last August, police in New Jersey kicked Jared Goering and his service dog, Gator, off the boardwalk, mockingly asking him if "all veterans get service dogs."

Later that month, a Massachusetts establishment kicked James Glaser and his dog, Jack out, claiming that his reason for having him wasn't "legitimate."

Watch KHOU11's report on the incident below.