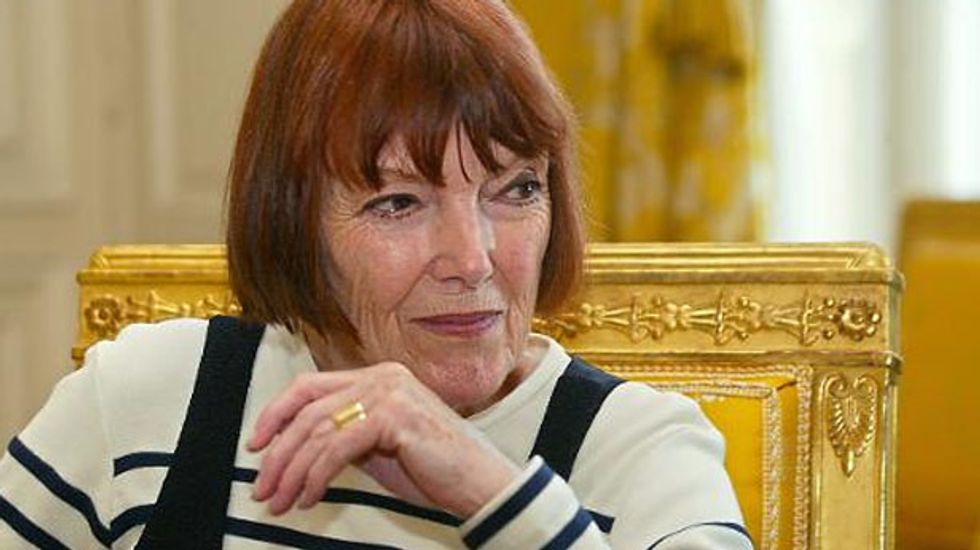 It was all too much for Coco Chanel.

As the sixties started to swing, the French fashion icon pronounced mini-skirts to be "just awful".

She also famously declared that she had never met a man who liked women wearing them.

Half a century later and with Mary Quant, the woman credited with inventing it turning 80 this month, the mini remains a wardrobe staple worldwide.

A hemline half-way up the thigh is no longer synonomous with rebellion and newly-won sexual freedom as it was in the mini's first decade.

But the style remains as popular as ever with the likes of Kate Moss and Sienna Miller having lately given it a contemporary twist as an element of the "boho chic" look copied by millions.

Karl Lagerfeld, Chanel's current artistic director, recently described Coco's dismissal of the mini as one of the biggest mistakes she ever made.

The German designer has underlined that belief by making above-the-knee skirts a staple of the Chanel suit.

"Coco must be turning in her grave," observed Laurent Cotta, a fashion historian.

Cotta echoes Quant's own admission that the mini was a trend on the streets before she gave it its name, taking inspiration from another 60s design classic, the Mini car.

"It was a revolution but it didn't come out of nowhere. The trend was already established," Cotta said.

"It was in the air -- a mini-skirt was a way of rebelling. It stood for sensuality and sex. Wearing one was a sure-fire way of upsetting your parents."

Not for the first time, a trend born in the youth culture of Britain soon found its way onto the catwalks of Paris.

Designer Andre Courreges is credited with importing the mini to France and some say he rather than Quant should be considered the inventor of the cut.

Whatever the truth, Courreges's lead was quickly followed by rival fashion house leaders Yves Saint Laurent and Pierre Cardin. The latter pushed the trend to its natural limit with even shorter micro-skirts.

By the mid-sixties, the mini could be spotted around the world, its success driven by the parallel export success of British pop, spearheaded by The Beatles and The Rolling Stones.

A ban in, of all places, The Netherlands lasted only a few months and by 1968 the mini was part of the uniform of young female students and workers taking to the barricades in that year of upheaval.

Hazel Clark, a professor of design and fashion studies at Parsons University in New York, says the mini was a natural progression from the simple shift dresses popular in the early 60s.

"So when the mini skirt 'arrived' in the US care of Mary Quant?s designs and their variations, there was a ready market for it," Clark told AFP.

"Also, by the early 1960s Britain was a big influence on popular music and 'Swinging London' on fashion."

A basic of the modern wardrobe

Valerie Steele, director of the Museum at New York's Fashion Institute of Technology, says the mini in its heyday was the mirror image of both "a new peacock revolution in menswear" and the sexual revolution that came with the widespread availability of the birth control pill.

"It's come back periodically ever since then but it doesn't have anything of the same significance anymore, it's just one more style," Steele said.

"Then it was really an integral part of youth culture and sexual liberation. It doesn't carry those connotations much anymore."

By 1969, minis were so popular in the United States that the Japanese embassy advised Prime Minister Eisaku Sato's wife, Hiroko, then 62, to wear one on an official visit.

In Japan itself, a visit by 18-year-old British model Twiggy was credited with triggering a boom in mini sales -- as well as a debate on whether "moral standards" were declining as fast as skirts were rising.

With the onset of the hippy era, minis fell out of favour as the in-crowd opted for longer flowing skirts or bell-bottomed trousers.

But they never entirely disappeared from closets and, with denim and leather versions to the fore, the mini has enjoyed a recent renaissance.

"It has become a basic, an essential," said the French couturier Alexis Mabille.

While the '60s mini was frequently offset by bare skin and high boots, the modern trend has been for less overtly sexy combinations with thick tights or leggings.

Minis have been a feature of Mabille's recent haute couture and ready-to-wear collections and he vaunts the benefits of a high-cut waist, which he says "makes legs seem three metres long."

Cotta however warns that the mini's unforgiving nature means it is not for everyone.

"There is nothing more difficult to wear," he says. "It was born into a world that saw itself as egalitarian, but it's the most non-egalitarian piece of clothing there could be."