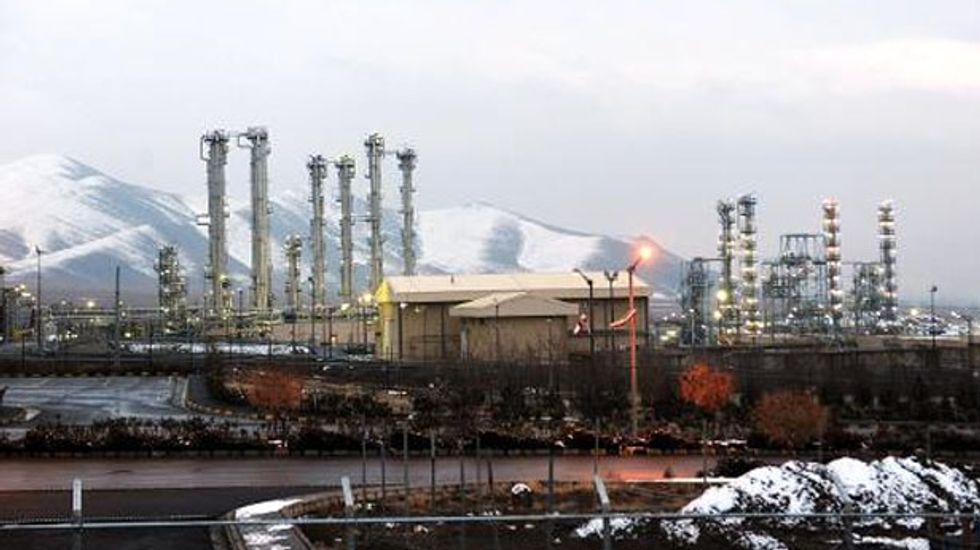 The Arak site is of concern to Western nations because Tehran could theoretically extract weapons-grade plutonium from its spent fuel if it also builds a reprocessing facility, potentially giving it a second route to an atomic bomb.

"Here we can do some design change ... in order to produce less plutonium in this reactor and in this way allay the worries and mitigate the concerns," Salehi said, according to a transcript of his interview with the English-language Press TV website.

"This reactor is a research reactor. It is for the purpose of producing radio-isotopes and making other tests," Salehi said, adding that Iran does not intend to build a reprocessing plant.

Western nations and Israel have long suspected Iran of covertly pursuing nuclear weapons alongside its civilian programme, allegations denied by Tehran, which insists its nuclear activities are entirely peaceful.

A top US diplomat, Wendy Sherman, said earlier this week that Iran did not need some of its nuclear facilities, including the Arak reactor, in order to have a peaceful programme.

When asked why Iran will not abandon the Arak reactor, Salehi said "it is a scientific achievement, it is a technological achievement... We see no point stopping the work on this reactor."

Salehi added that the reactor could not be brought online for at least three years.

Iran struck an interim nuclear deal with world powers in November under which it agreed to roll back parts of its nuclear work in exchange for the release of billions of dollars in frozen assets and limited relief from crippling sanctions.

It also committed not to make further advances at its Arak, Fordo and Natanz facilities.

The interim agreement, which took effect January 20, is intended to buy time for the negotiation of a comprehensive accord that would resolve the decade-long impasse over Iran's nuclear programme.

According to Mark Fitzpatrick, a former US State Department official now at the International Institute for Strategic Studies, changing Arak's design so that it cannot produce weapons-grade plutonium might be something the world powers press for in the final accord.