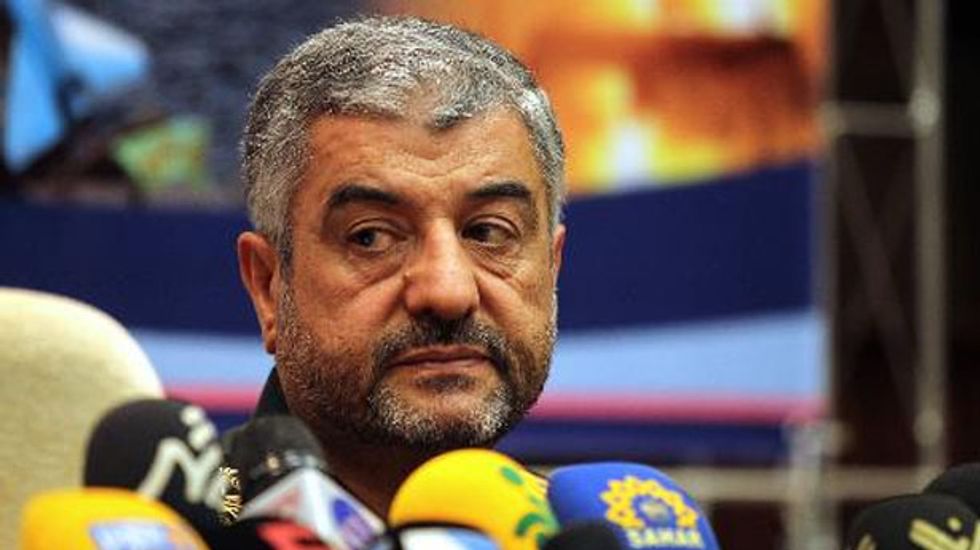 Iran and six powers held nuclear talks for a second day Wednesday as the commander of the powerful Revolutionary Guards warned against damaging "national pride" but predicted a "victorious" outcome.

He has previously indicated his opposition to any dismantling of nuclear facilities, even though the chief US negotiator, Wendy Shermann, said Iran "does not need" the Fordo site or a new heavy-water reactor at Arak.

Jafari said that Iran "will be victorious either way" in the talks.

He declined to comment, however, on the substance of the meetings between Iran with the United States, Russia, China, Britain, France and Germany, nor on whether they would continue on Thursday as scheduled, nor on a date for the next round.

Ashton is due to chair a meeting in Brussels on Thursday afternoon of EU foreign ministers on the situation on Ukraine. It was unclear if this meant the Iran talks must finish by then.

The parties in Vienna hope to create a lasting accord out of the landmark interim deal struck in November, under which Iran agreed to freeze certain nuclear activities for six months.

In exchange, the Western governments offered minor relief from a range of punishing sanctions that have cost Iran up to $8 billion per month in lost oil revenues, as well as a promise of no new sanctions.

The six-month deal expires on July 20 but can be extended, with the parties aiming to conclude negotiations and implement the final "comprehensive" deal by November.

"We have a shared objective, and that is for Iran to have a nuclear programme that is exclusively peaceful," he said from Vienna in a webcast discussion with Denver University's Center for Middle East Studies.

He said a deal was "totally achievable" but would take more than "one or two sittings" and would require "some innovation and some forward thinking".

Others have been considerably more circumspect about the prospects for a deal that satisfies hardliners on both sides, as well as other countries such as Israel, after a decade of failed initiatives and rising tensions.

Iran's supreme leader Ayatollah Ali Khamenei said on Monday that this effort would "go nowhere" but that he was not against trying.

The aim of the final deal would be for Iran to retain its civilian nuclear programme, but likely on a reduced scale and with enhanced oversight in order to ensure a dash for nuclear weapons is all but impossible.

In exchange for a full lifting of sanctions, the powers want Iran's nuclear programme to be within what the Geneva deal called "mutually agreed parameters consistent with (Iran's) practical needs" and for a "long-term duration".

Iran has long been suspected of seeking atomic weapons, despite its denials, and the US and Israel -- the latter assumed to have a large atomic arsenal itself -- have never ruled out military action.

Further upping the ante between the two foes, Iran's foreign ministry on Wednesday blamed a double suicide car bombing near an Iranian cultural centre in Beirut that killed four people on Israeli "agents".